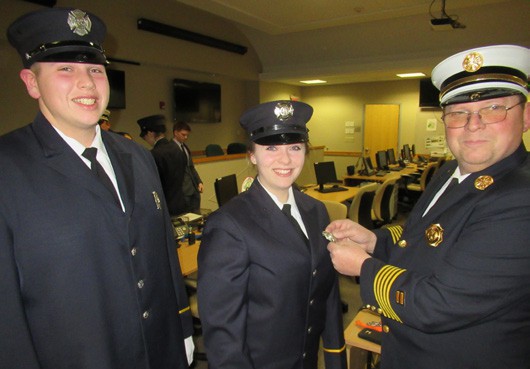 Mahopac FD Chief William Nikisher pins a badge on the jacket of his firefighter daughter Rosemarie while his son, John, beams with pride. The offspring of the career firefighter both graduated from the course Thursday. Photo by Eric Gross

Putnam’s tradition of volunteerism in the emergency services field was highlighted again last week following the graduation of 29 young firefighters.

On Thursday evening before a standing room only audience at the Putnam Bureau of Emergency Services Training and Operations Center auditorium in Carmel, the first responders from Brewster, Carmel, Lake Carmel, Mahopac, Mahopac Falls, Patterson, Putnam Lake and Putnam Valley in addition to firefighters from Mohegan Lake, Croton Falls, South Salem and Somers in northern Westchester and New Hamburg in Dutchess County, were awarded New York State certificates signifying their completion of the rigorous 100-hour Firefighter One course.

Putnam’s Commissioner of Emergency Services Ken Clair not only praised the graduates for their accomplishment but the “dedicated instructors as well for guiding our newest recruits throughout the difficult yet rewarding process.” 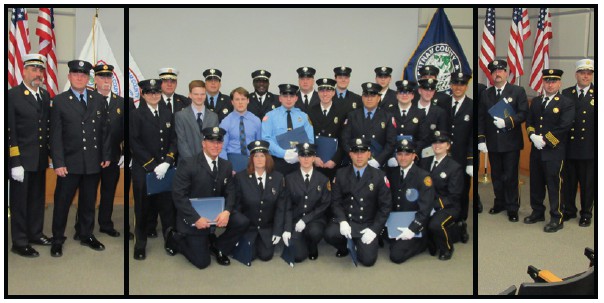 McDonald described the successfully completed curriculum as the “foundation for firefighting careers. The course taught our graduates the meat and potatoes— skills, knowledge and the proper way to become a firefighter.”

Commissioner Clair joined by his Assistant Commissioner Robert Lipton in addition to County Executive MaryEllen Odell and Legislators Joseph Castellano of Southeast, Toni Addonizio of Kent, Amy Sayegh of Mahopac, Carl Albano of Carmel, William Gouldman of Putnam Valley and Nancy Montgomery of Philipstown congratulated the new firefighters for their dedication, determination and community spirit. “We are proud of all of you and remember never stop learning,” said the commissioner.

Odell also praised Putnam’s first responders: “You are part of a brotherhood and sisterhood that is unmatched for dedication to duty. Residents of Putnam truly appreciate your efforts.” 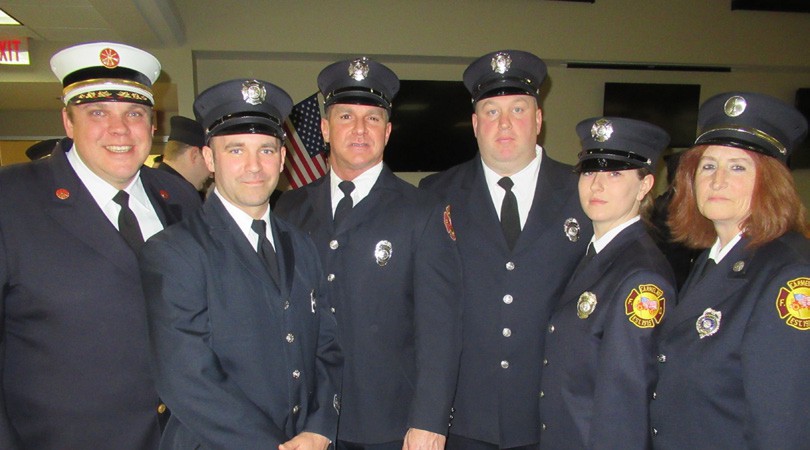 McDonald called the fire service a “brotherhood that binds around the world. Firefighters from Putnam Valley are always welcome in Paris and emergency first responders from County Cork in Ireland have an open door at fire houses in Carmel or Cold Spring.”