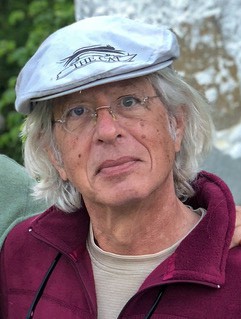 Family and friends are mourning the passing of Alan Howard Stein who passed away earlier this month from complications arising from surgery at Memorial Sloan-Kettering Cancer in Manhattan.

Stein, who originally resided in Garrison before relocating to Carmel, was 75 years old.

As the first-born grandchild, Alan enjoyed a special relationship with his grandfather, Charles Sewell, a tailor who loved music and was active in his synagogue.

Stein’s wife of 40 years, Karen, recalled “with fondness and wonder, Alan often reminisced about trips to Centennial Park with its life-sized replica of the Parthenon and museum, experiencing live music at the Grand Ole Opry and encountering a big spittoon used by Grandpa’s friends at the Elks Club.”

When Alan reached elementary school, his family moved to Cincinnati. Karen noted: “Among my husband’s fondest memories was the Cincinnati Observatory where the awe of celestial bodies would later lead him to amateur astronomy. As a high school student, he discovered classical music and opera and years later, we became avid patrons of the Metropolitan Opera in New York City.”

Stein’s undergraduate studies took him to Hebrew Union College in Cincinnati. He spent a year in Jerusalem working on an archeological dig that dated from early Judeo-Christian history. In graduate school, Alan shifted from theology to psychology, earning a degree in counseling and psychology. His post-graduate work in psychoanalytic theory and psychoanalysis formed the basis of his career. He worked for 27 years as a psychoanalyst serving patients both in Westchester and New York City.

Karen described her husband as an “introvert by nature; however, those fortunate enough to get to know Alan personally found a genuinely warm and inquisitive man with a wry sense of humor who reveled in having been and never quite gave up being a ‘child of the ‘60’s.’”

One of Stein’s closest friends was Ray Evans Harrel who described their 40-year relationship as being unique and special: “We traveled many roads together talking endlessly about music, religion, psychology and the life we were living. We had differences and sometimes it took time to iron them out but we always did because Alan was a fine human being who discussed everything no matter how difficult or seemingly pernicious.”

Another friend, George Malacos, originally met Stein as a patient: “Alan guided me and helped me to find my path in life. He was a remarkable and loving person with a keen sense of humor and appetite for life.”

Stein came from a small family. He had no siblings and only one first cousin.

Charlie Sewell, 18 years his junior, remembered at the age of 16, “I passed through New York on my way to summer camp and Alan took me to see a Pink Floyd laser show. I remembered thinking: ‘My old cousin is pretty cool.’”

During the past decade, Karen remembered how her husband and Sewell met several times a year for lunch at the Oyster Bar Saloon in Grand Central Station to swap family stories.

When asked how she could possibly sum up a lifetime together with such a multi-faceted man, Karen replied: “We trusted love and honesty no matter how frightening it could be at tines. We reached deeply into ourselves and grew into better human beings.”

Stein endured many physical traumas over the course of the last 10 years. Karen said: “We both arrived at a level of humility that we grew to profoundly appreciate. I loved him more than ever. Together we walked gently with love and quiet humor. Alan remains my deepest friend and mate for life.”

A celebration of Alan’s life is being planned for next summer at the family home in Carmel.