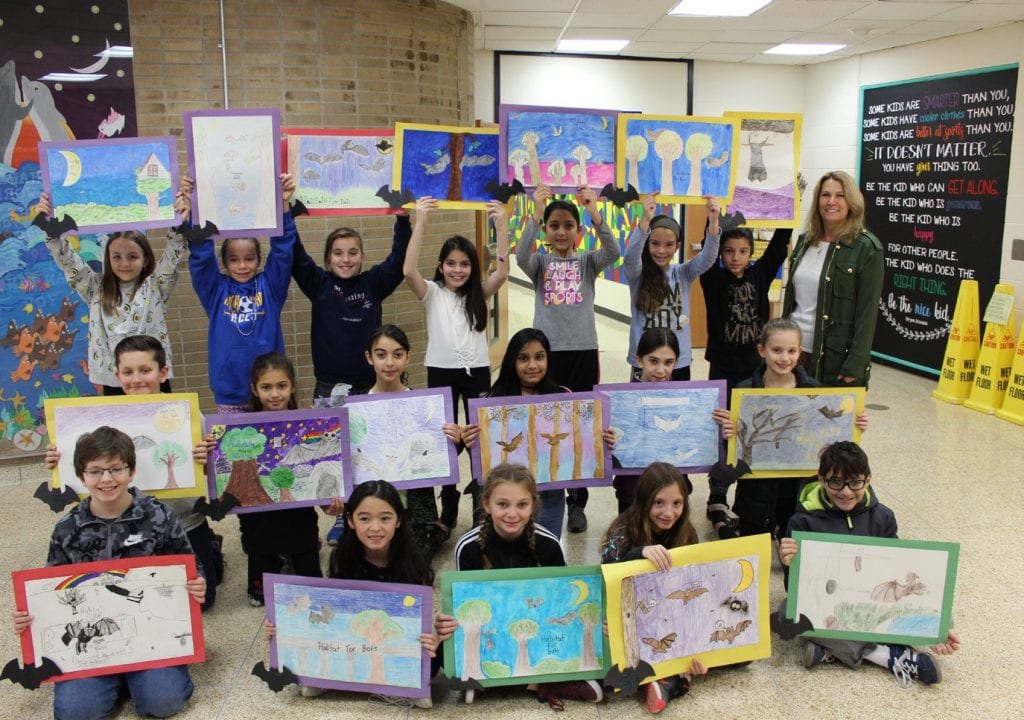 Bats might have invaded the Austin Road Elementary School in western Mahopac but students, faculty and staff are not the least bit concerned.

Cerbini noted that children have been learning interesting facts about bats: “They are currently in hibernation due to the winter like weather our area has experienced. A bat’s wing is similar to the human hand containing a thumb and four fingers.”

As part of the project, Austin Road students were encouraged to create and submit posters depicting the knowledge they learned regarding bats such as habitation, hibernation and roosting.

Regional judging will take place in upstate Cortland with nine regional champions vying for the New York State title in 2019.

More From Schools Go To The Schools Section

One response to “Bats Invade Austin Road School in Mahopac”