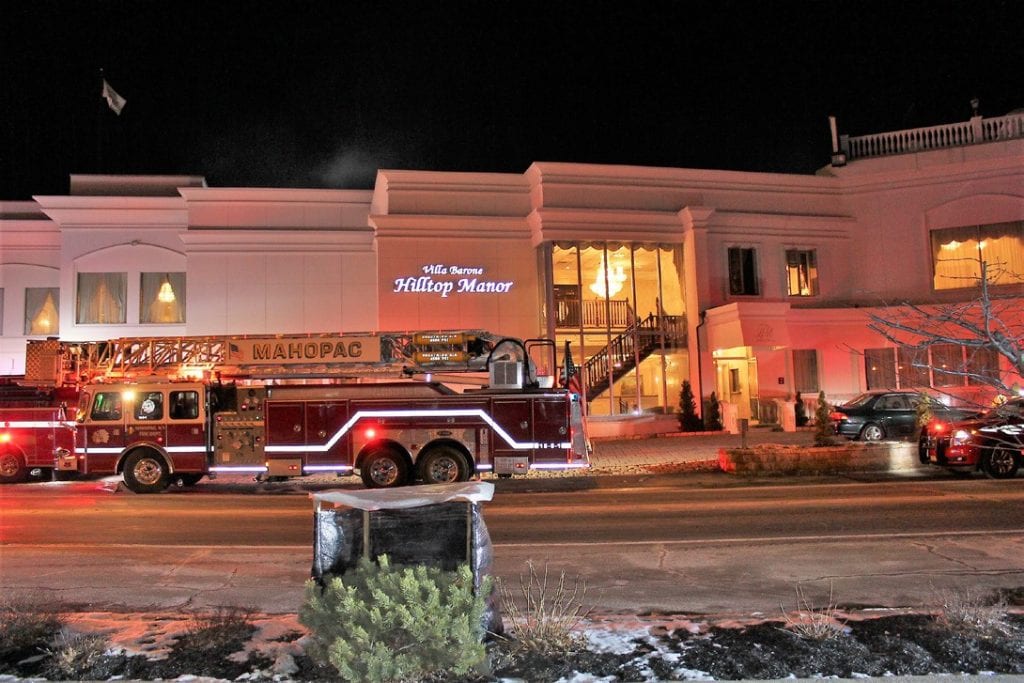 Firefighters arriving at the Villa Barone in Mahopac on Saturday evening were greeted by a heavy concentration of smoke.

Fire crews traced the origin of the smoke to a fire in a laundry room at the sprawling banquet hall on Route 6. Chief Nikisher said a machine drying linens ignited which sent smoke throughout the first and second floors.

The fire initially reported at 7:45 pm was quickly extinguished and crews spent 90 minutes removing the smoke with exhaust fans.

The chief credited the facility’s automatic smoke alarm which notified Carmel PD for averting a major calamity since the resort was closed for the weekend.

No injuries were reported and fire crews cleared the scene around 9:30 pm.

The chief reminded the public that when proceeding through an emergency scene, “slow down for the safety of emergency responders.”