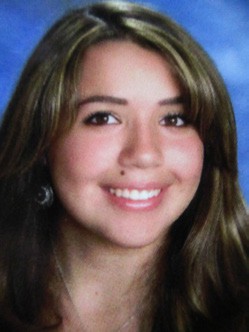 A 2016 graduate of Carmel High School has been implicated in helping to conceal the body after the grisly New York City death of a 65-year-old woman allegedly stabbed by her 22-year-old son.

Caitlyn O’Rourke, 21, has been charged with concealing a human corpse and tampering with physical evidence and was remanded to jail in Manhattan on $50,000 bond.

Court documents reveal that Jared Eng, a 22-year-old former college classmate of O’Rourke, reportedly stuffed his mother’s corpse into a duffel bag to dispose of the remains and was aided in concealing the body by the young Patterson woman and another friend, 18-year-old Jennifer Lopez of New York City.

None has been charged with the murder of Paula Chin but it has been reported more serious charges against Eng will be lodged pending the results of the victim’s autopsy.

O’Rourke is currently enrolled as a student studying photography at SUNY New Paltz.

The college’s Director of Communication Melissa Kaczmarek confirmed that O’Rourke is enrolled for the spring 2019 semester: “She first enrolled in the fall of 2016. This matter is in the hands of the New York City Police Department and the college will have no further comment on the issue.”

The complaint filed in Manhattan Criminal Court indicates that Eng and Lopez phoned O’Rourke on Jan. 31 and Eng admitted to killing his mother while Lopez admitted to assisting him after the fact. O’Rourke reportedly joined the duo the following day to dispose of the body in a trash container in New Jersey.

Attempts made to contact the O’Rourke family at their home seeking comment were unsuccessful; however, Caitlyn’s father told reporters in New York City that his daughter was “wrongly being portrayed as arrogant and ugly. If you met her, you’d wish she was your daughter.”