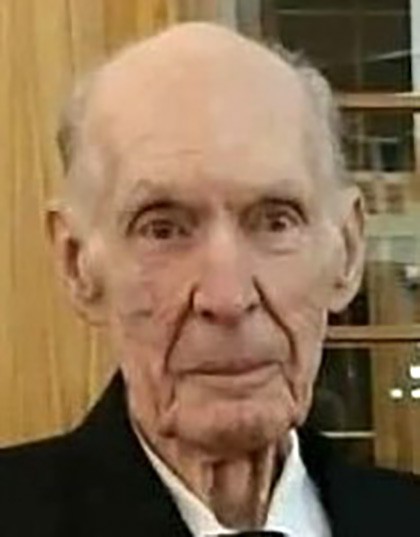 He graduated from Pawling High School and lived in Pawling his entire life. At the time of his death, he was the oldest and longest-serving member of the Pawling Fire Department, having joined at age 20 and served for 77 years. For several of those years he served as treasurer, and he also assisted at weekly bingo games. Once he was asked if his father, who was Chief when Chet joined, had pressured him. “Heck no! I WANTED to join!” Chet said.

His father, Ray, had started publishing the Pawling-Patterson News Chronicle and Chet went into the family printing and newspaper business early on, after attending a trade school in Poughkeepsie for a year. In the 1950s, they sold the newspaper and opened a successful commercial printing business in Brewster, NY, known as the Dalzell Press. Chet continued the business with hired help who became lifelong friends, for many years after his dad retired. He had a sterling reputation for honesty and good work and was always available to meet with Pawling customers at his home in the evenings, thus saving them trips to Brewster. After many years he sold the business and retired.

In his spare time in his basement years ago, Chet built a cabin cruiser which the whole family enjoyed on Candlewood Lake. In his lifetime he built two houses and tinkered on cars too numerous to mention. (Every Dalzell male has a thing for cars). Chet and son Craig completely restored a 1964 Oldsmobile convertible found wrecked along a roadside and Craig got to drive it in the firemen’s parade.

On December 30, 1945, Chet married Edith Nagle, which marriage ended in divorce. Thereafter, for a period of time, he was a single dad, keeping house, business and kids on an even keel singlehandedly. On November 10, 1963, he married Constance Blaney, and they were married for 54 years until Connie’s death in 2017. Although Chet lived a long and productive life, he had one regret: that he had to stay behind when his friends enlisted for WWII. At age 6 Chet had been hit by a car and suffered a broken leg, and several surgeries over the years had left him with one leg shorter than the other and a lifetime of back pain even with a corrective shoe. Yet none of his family ever remembered hearing him utter a single complaint. When his daughter asked him how it made him feel to be kept out of military service, Chet, ever a man of very few words, said “Well, somebody had to stay home to help the women and children!” He never forgot those friends who didn’t come home.

Chet is survived by three children: daughter Linda Dorrer of Pine Plains, son Clark (wife Sandy) of Saratoga Springs, and son Craig (wife Yvonne) at home in Pawling. Our family owes a huge debt of gratitude to Chet’s daughter-in-law Yvonne for the extraordinary care she has given Chet over these last few years. He liked to joke that she was a tough taskmaster, but we know better: she loved him and he loved her.

Chet is also survived by his sister Joan King of Austin TX, four grandchildren, three step-granddaughters, and one great-grandchild, several nieces and nephews, and his canine friend Snowball. He was predeceased by his parents, wife Connie, and sister Beatrice Rundall.

Funeral services will be held at the Pawling Fire Station on South Street, Pawling, on Saturday, Sept. 25th, at 10 a.m. followed by interment with fire department honors at Pawling Cemetery. Please observe all COVID guidelines.

Donations in Chet’s memory may be made to the Pawling Fire Department or the Pawling Resource Center. Please consider joining your local fire department or ladies’ auxiliary to serve your community as Chet has.