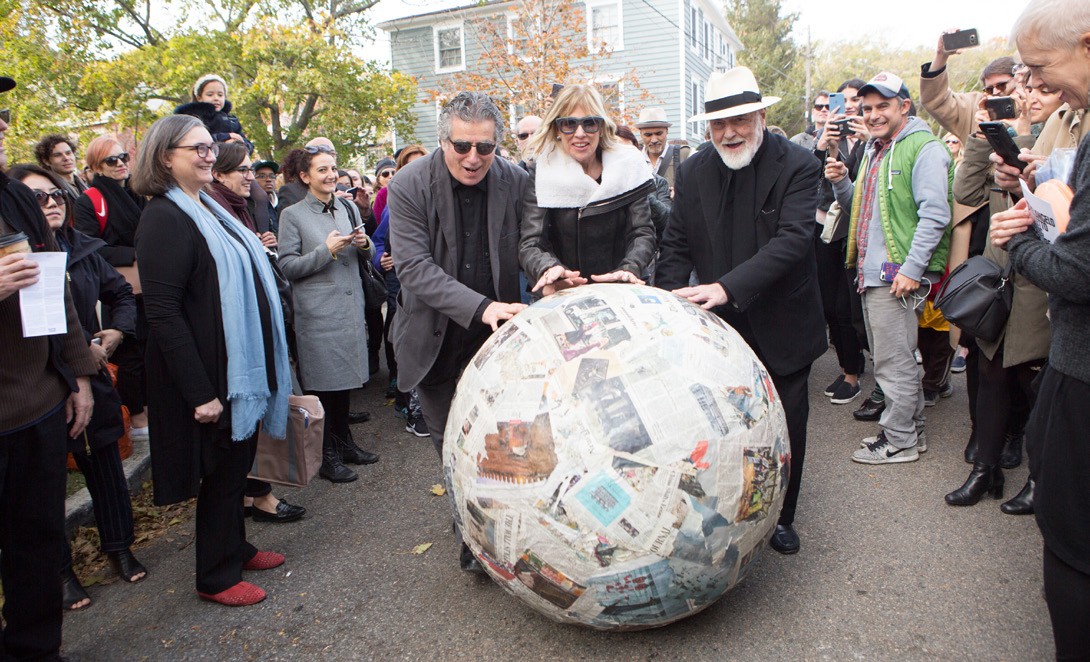 One of the art world’s most iconic sculptures, a rolling ball of newspaper pages by the Italian artist Michelangelo Pistoletto, came to Cold Spring’s waterfront Saturday afternoon.

Hundreds, at least 400 people, perhaps more, joyously greeted the artist as he arrived in a red, 1961 Fiat, the Sfera di Giornali, or Newspaper Sphere, tied to the back above the trunk. The day was a re-enactment of the original 1967 performance, which took place in Turin, Italy. The mood was joyous, the atmosphere full of anticipation.

Pistoletto is donating the new sphere — which includes pages of the Putnam County News and Recorder, as well as the New York Times and the Highlands Current — to Magazzino Italian Art for its permanent collection. The art space, since its opening earlier this year, has quickly become a worldwide destination for those interested in post-war Italian art. The three American newspapers announced the birth of Magazzino for the first time in the fall of 2016. 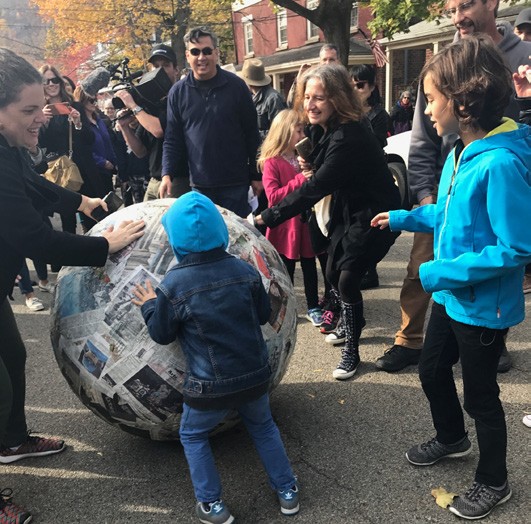 Kids and adults in joyous enthusiasm pushing the ball. Photo by Sophie Cunningham

The artist invited the public to join the performance and roll the sphere along Main Street, circling back to the Cold Spring Bandstand on the dock. Pistoletto and Magazzino Italian Art founders Nancy Olnick and Giorgio Spanu all made remarks about the vital nature of art, and its connection to the public. Rep. Sean Patrick Maloney, Putnam’s Congressman, marveled at the infectious enthusiasm and commitment Olnick and Spanu had brought to their project, a converted industrial space on Route 9. 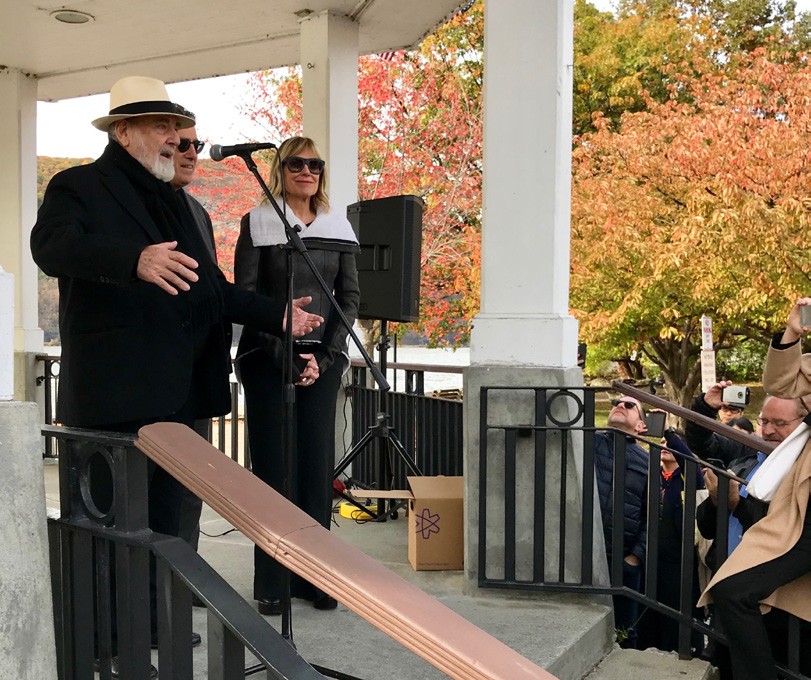 Michelangelo Pistoletto declared: “The Sfera di Giornali performance has been re-enacted in many occasions beginning from 1967, when it was realized for the first time down the streets of Turin. There are two ways in which to enjoy this event: contemplate the images through the time’s records, or live it directly and personally by creating a real experience. The performance’s main focus is not about the individual conception of it by the artist, but of the fusion and involvement between the people in the artistic world and those you may encounter on the street, who are part of the common and daily life.”

And so it was Saturday in Cold Spring. The ball, rolling sometimes at a breakneck pace, got ahead of the crowd; people jogged to keep up. Children pushed it along, running, a fiendish happiness evident on their faces as they gave it a shove. Occasionally, bystanders and Magazzino staff picked it up, bouncing it among upraised hands before it once again came back to the street.

The museum is open by appointment. More info: www.magazzino.art/.