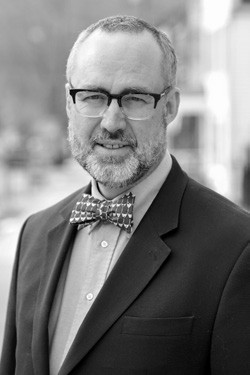 If you whistle for dogs, you will get more dogs. It’s a straight line equation. A leads to B. So if you dog whistle to far right extremists, you will get more of them to show up, to show their face. Might not be a good thing. True, you have the advantage of knowing their names. A slim advantage, methinks.

And this: If you encourage crazy thinking, if you promulgate the thought that stupid and intolerant ideas have no downside cost, you’ll get more of them. Again, A leads to B.

I grew up in Minnesota. It’s plain vanilla. By which I mean, a bland place. Not to suggest that’s bad, simply to say oh, for instance, that freshly ground pepper borders on exotic.

There’s a phrase, “Minnesota Nice.” It refers to that phenomenal tendency of Minnesotans to be nice. Not necessarily kind, but at least nice. And there’s a lot of truth to it, certainly was when I grew up. I think this traces back to a variety of reasons: Its deep agrarian roots. Its people with almost universal middle-class and working-class backgrounds. Its relative homogeneity. Its resistance, until recently, to class distinctions.

But. I’ve been back every few years. And, in recent years, it seems to me that Minnesota Nice has eroded, sometimes dramatically. The upper Midwest is a coarser, tougher place than it had been. More pawn shops, more payday-loan establishments. More visible income disparity. More resentment of those who are successful, especially if they are Hispanic or black or Asian, such as Vietnamese (going back several decades, churches have helped resettle many Vietnamese in the upper Midwest). Because really, why are these other folks doing so well?

I have personally covered aspects of right-wing extremism since the mid- 1980s. So much of it, huge parts of it, just doesn’t change. The idea that the Jews are behind a vast banking conspiracy. The idea that foreign troops are at the borders, poised to invade. And if they are not they’re right now, they soon will be. And how will they navigate? By the markings on the back of road signs. Really, I kid you not. That not only is there a banking conspiracy, but it is wrapped up in the gold standard. That the Trilateral Commission is a font of evil and domination of all right-thinking people (translation: white, Godfearing Christians).

My point is simply that this racist extremism, against all minorities but especially so regarding Jewish people, has been with us for a long time. The Turner Diaries, the vile depiction of a violent revolution and race war, was published in 1978. Not a year or two ago. Four decades ago.

While I worked in Middletown at the daily newspaper there, my wife and I became friends with another couple. She was a writer; he worked in circulation. They’ve moved on now to another state, but still in the Northeast. A few days ago, she got a call from the school principal, about something one of the boys in class had said to her daughter. In a discussion about parties, the boy said he would invite everyone to his party except our friends’ daughter and people who looked like her. As in, she’s African-American; the rest of the class, white.

And they have dealt with this for years, beginning in kindergarten. So much so that these phone calls from school, if not routine, are not shocking in the slightest. I have written before that we have a deep racial divide in this nation. We, everyone, should seek to bridge it. How can we countenance treating grade school children like this?

And then we come to Cold Spring, where last week a home under construction, one being built for a Jewish family in town, was defaced with a swastika and anti- Jewish slur. The vandalism quickly became a topic across the county. Appropriately, public officials of both parties and candidates across the spectrum quickly decried it. Of course, this vandalism came mere days after 11 people died in an attack at a synagogue in Pittsburgh, making it particularly threatening.

This is not, remember, at some far-away place, this vandalism. It’s right here, inside the borders of Putnam County. There is no explanation for this. The best we can hope for, I suppose, is stupidity, the proverbial “I didn’t know.” But racism and hatred seem more likely.

Do we have more of this now, since the 2016 election? More of it since Charlottesville? I think we do. It seems that way. But also: All this racism and hatred and extremism: It did not boil up and over in the blink of time that is two years in the history of our nation. That’s the really troubling thing. This was there. Unaddressed, unresolved. We are seeing it manifest right now, that’s true. But it didn’t all start right now or last week or the week before. It’s been here for years. Decades.

That, my friends, is the deeply disturbing piece of this whole mess. I wish I had more for you today, something uplifting. But I don’t.