It was just last week that Gov. Andrew Cuomo proposed legalizing recreational marijuana use by early 2019. It was one bit in a speech long on ideas, intended to evoke FDR.

Reaction has been quick in coming, and at least here in Putnam County, far from laudatory. I believe we will come to rue the day. The social costs will be large, the financial benefits miniscule. Like Colorado now, in five years New York will be a different state.

I did not know what to expect when I asked state Assemblywoman Sandy Galef her views on Cuomo’s proposal. She and I spoke last Tuesday morning at the opening of the new Friendship Center in Cold Spring.

“My takeaway is that we should wait and see how things are going in other states. I don’t know what the rush is.”

She said there were three distinct issues with marijuana in New York, and said each could be handled separately: 1, Allow the use of medical marijuana, which is now legal; 2, decriminalize marijuana for small amounts (“but we can do that separately,” she stressed); and 3, full legalization of recreational use.

This being New York, these three issues are conflated, and the potential tax revenue is viewed as something akin to a pot of gold. She views it skeptically. “You think you’re going to raise all this money,” she said. “It’s overbilled as a revenue source. Just as casinos are.”

She’s been around in Albany, long enough to know how things tend to begin and end. This pot thing may not end well.

As some others are, she’s struck, too, at the suddenness with which Cuomo has embraced legal pot. “We had a hard time with him on medical marijuana,” said Galef, who supported allowing medical uses for pot.

Nor was Galef alone in predicting trouble ahead. County Executive MaryEllen Odell, who last year led the statewide group of all county leaders, said other county executives she has spoken with are “very concerned” about the governor’s plan. “They know there’s going to be a social impact, followed by a fiscal impact.” She added that “no county leader is eager to legalize pot.”

And the tax revenue? If there is tax revenue to speak of, it’s unlikely in any case to end up upstate, she said.

Galef and Odell – same issue, same event, no coordination. One a Democrat, one a Republican. Neither thinks we should rush toward legal pot use.

A few days later, I caught up with one more lawmaker, Kevin Byrne, the up and coming Republican Assemblyman. He’s 34. But – and perhaps this is counterintuitive because of his youth – he also does not support legalizing recreational marijuana use. He noted that medical marijuana is a different story: “I voted for every single medical marijuana bill.”

He’s also against decriminalizing small amounts, believing it is but one step on the way to full legalization.

Why now, from Cuomo? Said Byrne: “In my opinion, it’s because he was challenged by Cynthia Nixon, and it pushed him further to the left.”

The next step? “I think we could learn more by looking at other states (that have legalized it), and that takes time,” Byrne told me.

This issue of the Courier went to post offices and newsstands early due to the Christmas holiday. We continue to be reachable for news events nearly 24×7 at editor@pcnr.com. 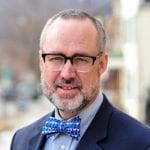