WIC Program on the Block 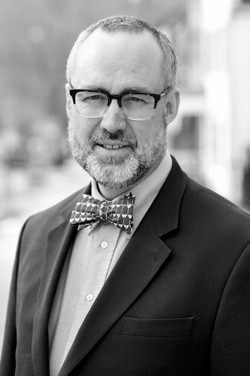 For there will never cease to be poor in the land. Therefore I command you, ‘You shall open wide your hand to your brother, to the needy and to the poor, in your land.’

One of the things about irony is it often passes completely, entirely unnoticed. As it has done at the Putnam County Legislature while lawmakers discuss chopping the WIC program from county health efforts and offloading it to a non-profit.

A mere two and three months ago, lawmakers lined up to support a resolution to oppose the state Reproductive Health Act, which aims to codify Roe vs. Wade within the state of New York. County lawmakers supported this resolution of opposition by 8-1. Legislature Nancy Montgomery of Philipstown was the lone outlier.

But alas, our commitment to infants goes only so far, and not one baby step farther. Once the babies are actually here, the county’s desire for involvement in their care shifts to simple dollars and cents. The Legislature – the exact same Legislature – that two months ago wanted to be involved in decisions usually made by a woman and her husband/partner and her doctor, today does not want to be involved. At all. Even if the child and mother are hungry. I’m at a loss. These are, remember, (figuratively, go with me) the same child and the same mother we were talking about two months ago.

Just try to conceive of this: The babies that are here cost too much. Who knew?

The program at issue, the Women, Infants, Children program, is designed to provide “federal grants to states for supplemental foods, health care referrals, and nutrition education for lowincome pregnant, breastfeeding, and non-breastfeeding postpartum women, and to infants and children up to age five who are found to be at nutritional risk,” according to the Agriculture Department’s Food and Nutrition Service.

The vast majority of the program’s costs are paid via a federal grant of $437,000 yearly in any case. The program cost Putnam about $125,000 in expenses beyond that grant money in 2018, and a projected $100,000 this year. But no one, so far, has suggested the program is full of waste, or any misspending or wrongdoing. In fact, knowing the county Health Department as I do, I expect it’s probably administered pretty efficiently as these programs go. So far, all we have is that WIC costs more than county government takes in, by about $100,000 or $125,000 a year.

In any case, I would prefer, and I’m sure most of you would, too, that every household had a well-paying job, or two well-paying jobs, that would easily provide for the many and expensive needs of an infant. And, failing that, that private, responsible and generous charities would fill the gap. But I think we need to be clear that in some number of cases, neither of those circumstances is present. At the end of the day, we’re talking about whether babies of 4 months or 6 months old, or children of 2 or 3 years old, and their mothers, have enough nutrition. At what surely is a critical time in their lives.

I appreciate that county officials are trying to save taxpayer dollars. And it is refreshing whenever a government does not view those dollars as an endless supply. Putnam County’s government, relative to many, has by and large adopted this approach.

But from here, offloading the WIC program is a stretch too far. If this is what we’ve come to in Putnam County, things are far grimmer than even I had thought. If we can’t feed hungry children, 2 or 3 months old, and their moms, what good are we?

And readers, in the meantime, let’s help the county out. The goal is to save $100,000 and keep babies from going hungry. Send me those ideas, editor@pcnr.com. I’ll forward them to the proper authorities.

What I’m listening to these days:

Sometimes, it takes a twist of perspective, maybe an outsider’s viewpoint, to really illuminate an issue. Especially if you think you already have a great handle on our lunar exploration and Apollo efforts, take a listen to 13 Minutes to the Moon. It’s a fascinating podcast from BBC World Service about the tremendous effort, begun under President Kennedy, to put astronauts on the moon by the end of the decade. It’s inspiring and stirring to hear, again, what was accomplished, now in a different frame and with the perspective of time.

Also: I’ve returned to 99% Invisible. Two episodes in particular I commend to your attention: First, Weeding is Fundamental (episode 354), about how libraries thin out their book collections. As someone who is now struggling with culling our own assortment of books, this one especially tugged at my heartstrings. Also, Play Mountain (episode 351). So much good stuff in here: The internment camps for Japanese in World War II. How kids really play. Why our playgrounds, for decades, channeled their play into rote, perhaps dull, activities. How New York City continually, relentlessly, rejected this fantastic idea for a playground. Anyway, good stuff.