Summertime, and the Living Is …. 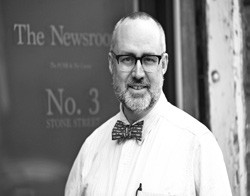 Maybe not so easy for some of us. Saturday’s heat and humidity were oppressive, methinks. And a good number of us were at work: Toll takers, cops, dispatchers, conductors and whatnot. Much like the battles for the preservation of liberty we were commemorating last week, only some pay those costs in a visceral way.

Anyway, a tip of the hat to those who labored when most of us didn’t have to.

Putnam County lawmakers earlier this month passed legislation prohibiting the disclosures of confidential material, judged to be “any record created by or any communication to or from the Putnam Law Department, legislative counsel or outside counsel or consultant retained by Putnam County.” It is true that some things ought to be kept confidential. And, it is true that untoward disclosures can have genuine and harmful effects.

But, my experience is that when government is trying to find even more reasons to keep stuff secret, it’s usually a bad sign. What is it, exactly, that needs to be kept secret, and why? Perchance are these confidential things merely things that would be embarrassing? Or that would go to government deliberations we really ought to know about? Not for nothing, but almost everything in county government passes through the Law Department or legislative counsel.

A story: Some years ago, I was covering a municipal meeting and there were discussions about going into executive session to discuss negotiations related to a land deal. And, all of a sudden, the council members and the landowner’s representative are headed into a huddle, and the rest of us are being thrown out.

And, it is true that one of the allowed exceptions to the public meetings law is to discuss negotiations — to avoid tipping the public body’s hand to the other party, and so having the public overpay. That’s the aim. The exemption was NOT carved out so that a landowner and a City Council or Town Board could hammer out an agreement in private, keeping the public in the dark as to who got what favors and concessions.

I sounded the alarm and said, ‘Wait a minute. That’s not the purpose of the exception.’ After I calmly but pretty directly explained it, the municipal body’s lawyer agreed with me, and the landowner was barred, albeit grudingly.

Do I think this new decision means terrible, horrible, very bad things are going to happen in Putnam County? No. But it’s not a good sign. It also needlessly opens, I think, the county lawmakers to criticism. Sometimes, the public would be better off to see the true costs of what we’re doing, something we are unlikely to see with even less information at hand than we have now.

What I’m listening to:

I commend to your attention again the podcast 13 Minutes to the Moon. The feats that these engineers and scientists accomplished 50 years ago were nothing short of amazing. And, too, the bravery of the astronauts and the commanders making decisions about each mission. The risks they undertook, and the risks they accepted as ordinary or, at least, acceptable.

I wonder if we could do that today. We can’t even get another railroad tunnel built under the Hudson River, something that should have been done a decade ago, at least.

Nearby on this page we have Part II of Neal Zuckerman’s trip to Pittsburgh on behalf of Putnam commuters and the MTA board. Friends, this is indeed an example of government and its contractors being held to account. Does anyone seriously think genuine progress on Positive Train Control would be occurring if Zuckerman hadn’t drawn a line? I don’t. New York is famous for what I call the ‘veneer of safety.’ We have all this regulation, and bureaucrats and government. Are we safer? Sometimes yes, sometimes no. Talking about Positive Train Control and actually being able to use it are two different things. Zuckerman, it’s clear, wants the latter and not the former. The actual thing, not the veneer.

CUNNINHGHAM’S CORNERWhere Is the County Response?The Business Viewpoint $2 Trillion Dollars In Relief funds … Where Is It Going?