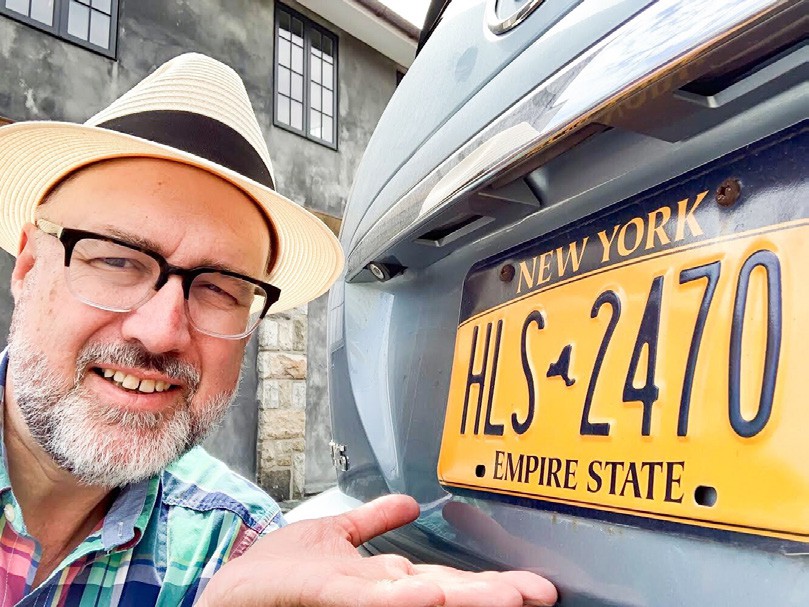 It is 9/11 next week. Eighteen years on. The details of that day, many of them, are still fresh. The blue of the sky, just a few clouds. A beautiful day in the offing, at least on the way in to work. News 88 and its traffic reporter first breaking the news — and initially reporting that a small plane had flown into a building in lower Manhattan, then a pilot called in to say it was at least a DC-9, and then the entire horror unfolded.

Remember, and this was before social media, relatives and friends putting up posters of the missing? But of course, there were no missing. They were in the Twin Towers. Eight of those people who died on 9/11 were from Putnam. I commend to your attention the 9/11 ceremony Sept. 11 at Cornerstone Park in Carmel. It routinely draws hundreds of people, and is incredibly moving. If you can possibly attend, it’s worth doing so.

My father had an expression: ‘Calling a donkey a horse doesn’t make it a horse.’

I thought of that when I happened to be in Millbrook last week. It’s nice country, horse country. Rural, scenic, but of course, no Hudson River. And as I was headed back to headquarters, I came to a stop sign at Route 82 and looked off to the left and saw a cleared area of maybe a half-dozen acres. Could have been a few more, but that’s what my farm-boy eye saw. It had been logged, recently, some of the trees were still there, shunted to the side. Big, mature trees, too.

And in place of these mature trees were now metal brackets, big ones, like giant television stands. Sprouted, if you will, like rows of corn, except it was rows of brackets. And these brackets would support, wait for it: solar panels. Big ones.

Hmm. Surely I can’t be the only one who thinks that destroying a long-established wooded grove to put in solar panels is odd, am I? We — someone — cut down all the trees, clear-cut it, a pretty intensive process. Then leveled the ground using heavy machinery. All this at some considerable carbon cost. So we can use renewable solar power and avoid putting more carbon into the air.

Or, maybe, it’s just so we can say we use solar power. Could that be?

Back to school: There is nothing else to say to drivers except this: Slow the hell down.

The more I think about this license plate thing, the more annoyed I am. If Gov. Andrew Cuomo wants another $25 a head from 3 million car owners that badly, so he can fund this or that misbegotten initiative, he should just call it that. The $25 Andrew Cuomo carowning tax. Compelling 3 million car owners to get new plates, and then producing 6 million new plates, seems like a waste of energy and money. The carbon! But it wouldn’t be the first time that had happened in New York, would it? No.

The governor last week, apparently stunned by the massive public backlash, decided to backtrack a bit, blaming the Legislature for the fee, and his people said we need a system to review plates. “If the legislature can agree to a cost-effective and practical plate inspection mechanism to determine what plates are still in good operating condition after the 10-year life and thus do not need to be replaced, we would welcome the opportunity to be cooperative,” DMV Commissioner Mark Schroeder told the NY Post.

Not for nothing, what are our car inspections? We’re already checking, and I’m glad of it, tire tread depth, brake pad thickness and a host of other things. Top to bottom, as it were.

All the problems in this state. All the issues, the taxes, the business climate, the upstate/downstate dichotomy and tension. The transit troubles. Amidst all this, Cuomo has, and I think it’s a rare skill indeed, found one of the issues that has united people.

If Cuomo had just admitted this was a state money grab, I think people would have been fine with it. They might have been against it, but that could have been argued on the merits. This, though, he thinks we’re credulous, maybe even stupid. Odd, that a New York governor would forget he’s dealing with New Yorkers.

Until next week: When I’ll have a “mechanism” for a couple of Manhattan variations!

Douglas Cunningham is editor of the Putnam County Courier and the Putnam County News & Recorder. Reach him at 845-265-2468. By email at editor@pcnr.com. If you want to write a letter to the editor, the limit is 500 words and it should be in plain text (email) or Word format.