The Costs of Having Donald Smith as Sheriff 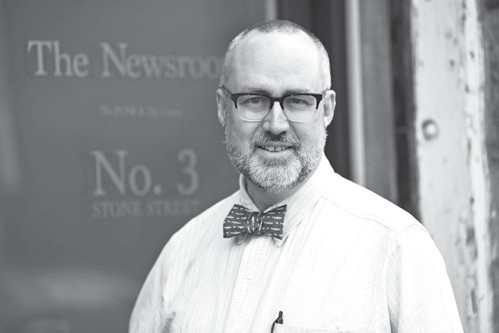 It seemed at first, in 2017, almost a quixotic notion, when Robert L. Langley Jr. decided to challenge the incumbent Sheriff, Donald Smith. He was from Philipstown, and everyone knew that Philipstown wasn’t going to drive a countywide election. Smith was not only an incumbent, but a powerful one. Even as county legislators decided that summer to fork over $125,000 in taxpayer money to former prosecutor Adam Levy, still Smith seemed invincible, at least to Republican powers who were unable or unwilling to convince him to step aside.

Plus, Smith had God on his side, or made out that he did, with his nearly constant exhortations of ‘God bless you’ at virtually every encounter or occasion.

Smith, you see, had engaged – we now know – in a politically motivated and orchestrated smear against Levy that resulted in the arrest of one Alexandru Hossu, who turned out to be innocent. Hossu had been a personal trainer for Levy. Hossu was accused by deputies of the rape of a 12-year-old girl. And Levy was accused, by Smith, of giving aid to an illegal immigrant, Hossu, sheltering him in his own home, as well as trying to interfere in the case. 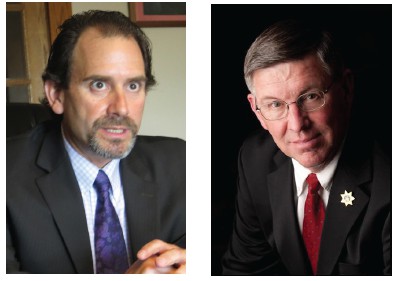 In fact, Hossu at the time lived elsewhere, not at Levy’s house. The public statements in the case by Smith, some of them, turned out to be deliberately false, as Smith later admitted. The dangers posed by Hossu turned out to be nil, we now know. The lives of Hossu, Levy and Putnam County in general were turned upside down by Smith. Because why? Because he could?

We know, now, that Levy was trying to stop Hossu from being railroaded by the sheriff. Details, right? Luckily, for both justice and Hossu, Levy has money and he was willing to spend it.

I’m not so sure about the Putnam taxpayers, though. The total judgment, once Levy went to court and won, was actually $150,000. Smith picked up only $25,000 of the tab for his recklessness and abuse of power; Putnam taxpayers the rest. He actually went on to run that fall of 2017. And now the other shoe drops. Hossu has won a $750,000 settlement from Putnam County. The county’s insurers will pick up half a million; the county is on the hook for the other $250,000.

I don’t know why people insist on sugarcoating Don Smith’s wrongdoing, but this settlement was agreed to in November and December. No public announcement was made, no vote by the Legislature to expend this money. Yes, the documents are available publicly in U.S. District Court records – records that most people never have occasion to research. The Journal News did a good bit of work in bringing this to light last week.

So let’s tally what has happened. Langley won the race for sheriff, a race that told the Democrats they could win a countywide seat. Republicans will rue that day. The county has spent at least $375,000 in taxpayer dollars on legal settlements due to Smith. Plus who knows how much more in legal fees and time. Public faith in Putnam’s legal system has taken a pretty big hit. That’s a lot of downsides.

A memory from 2017: I talk to a lot of people in politics, some in pretty on-the-ground kind of posts. I knew Smith was in trouble when one reliable, steady petition carrier for Republicans told me she had stopped carrying Smith’s. His duplicity, and then sticking taxpayers with it, was just too much.

There is, including recently, debate about how much oversight the Legislature should have regarding the Sheriff’s office. From here, I think it should be more, not less.

Douglas Cunningham is editor of the Putnam County Courier and of the PCNR, in Cold Spring. He can be reached at 845-265-2468 or at editor@pcnr.com. Adam Levy, at left, and Donald Smith, at right. Levy is the former District Attorney in Putnam County. Smith is the former Sheriff. Subsequent court cases demonstrated that Smith had engaged in a false, politicially motivated vendetta against the prosecutor.