2021 Arrives, and the News Is Still Grim 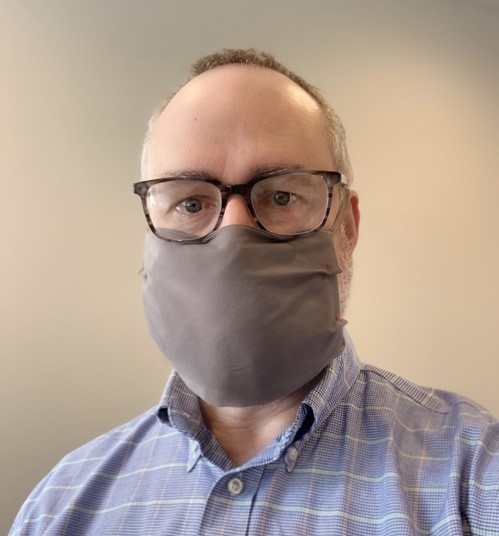 Readers often jot us a note with their renewal, and most of the time, they tell us they enjoy the paper and our intensely local focus on Putnam County and its people. A few chime in with their favorite cocktail recipes, realizing that mine is a Manhattan.

Then there are times, as we sometimes find here at the Paragraph Factory, when I’ve upset someone. Unintentionally, but still.

The story begins three weeks ago, when I recalled that my father used to hope we could at least have competence in the top levels of government and business. Not even someone especially adept, just a baseline of competence. Faced with especially severe screwups, he would exclaim, “I can’t believe it. I just can’t believe it. How could they be so stupid?”

A missive then came in via postcard. You know, like fluttered in over the transom. An old-school postcard, with the postage already printed on it.

“My father would have said what a great job this President did in bringing in a vaccine in record time, exceeding all expectations; not you folks, with a leftleaning publisher ….” The writer continued, “If the President ran the United States like the Courier, we would be in worse shape than Mozambique.” 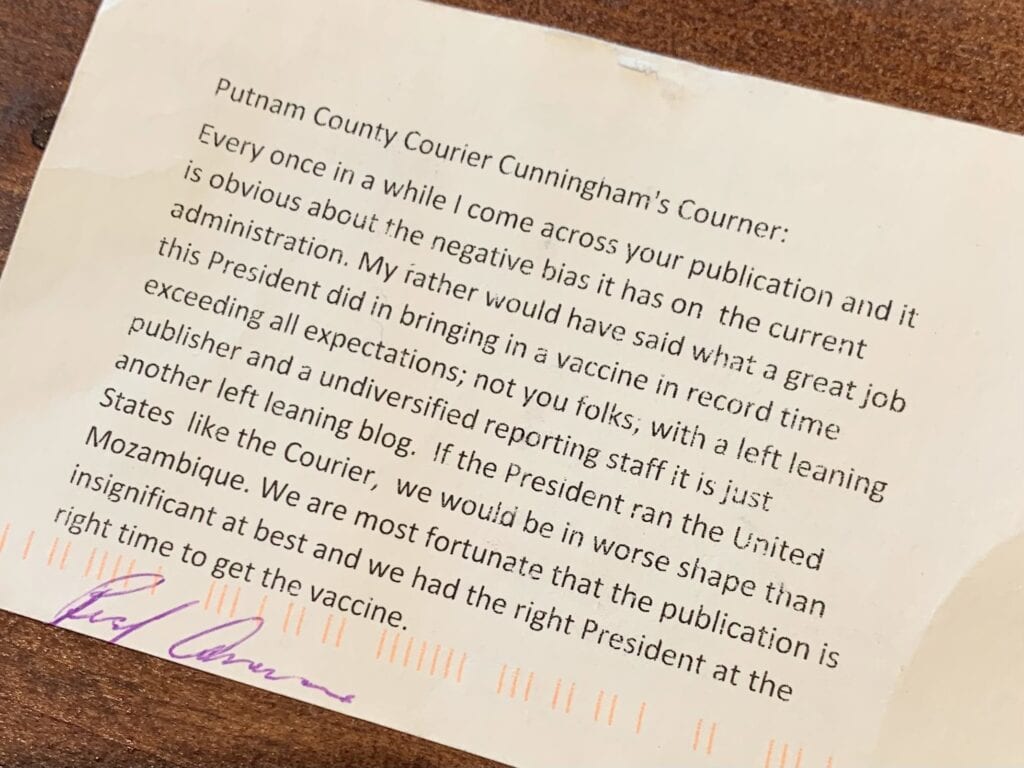 Below, the postcard missive from a discontented reader.

And indeed, the administration did aid in developing a vaccine in record time, progress due in considerable measure to our pharmaceutical companies. Alas, as of now, most of the vaccine doses in the United States thus far remain in hospital freezers or warehouses rather than in people’s arms. So, to sum up, we have succeeded at the vaccine. We are failing at the logistics. The vaccine means nothing if people don’t receive it.

And what of Mozambique? Well, in fact, on COVID-19, we ARE in worse shape than Mozambique, which has some 29.5 million people. It has reported 18,794 cases as of Saturday, and 167 deaths. In the whole pandemic, 167 deaths. Think of it. Even allowing for the population difference, and for the possibility that reporting lags, Mozambique is doing quite a bit better than we are.

Meanwhile, we are now reporting 3,000 to almost 4,000 new deaths per day on some days here in the United States. Per day. That’s more than the entire death toll for 9/11, day after day after day.

So no, I don’t think this qualifies as success, by any definition, including surely my father’s.

But by all means, keep reading; we appreciate each and every one of you!

And, if you want to complain and engage in conversation, just call 845-265- 2468 or email me, editor@pcnr.com. I have written before that one of the benefits of a state like New York is that it has a bureaucracy, it has staff and people already on the payroll who can be detached and dispatched for urgent and vital missions. It has scale, or more than most states and cities do, anyway. Yet in New York and in New York City, distribution of the vaccine lags. In the city, it has received some 340,000 doses. And so far, it’s administered 88,140, as of year-end. New York State isn’t doing much better than the city. Simply, NYS lacks urgency. Where is our governor, with his blue windbreaker? What, exactly, is the holdup? If this is the most urgent and pressing issue we face — and I think it is, because we can’t fully address our many other issues until we fix this one — shouldn’t we have vaccinations occurring 7 days a week?

We are in a state of affairs. Sure, we have the vaccine. But it does no good in a freezer. I fear it will be a long winter.