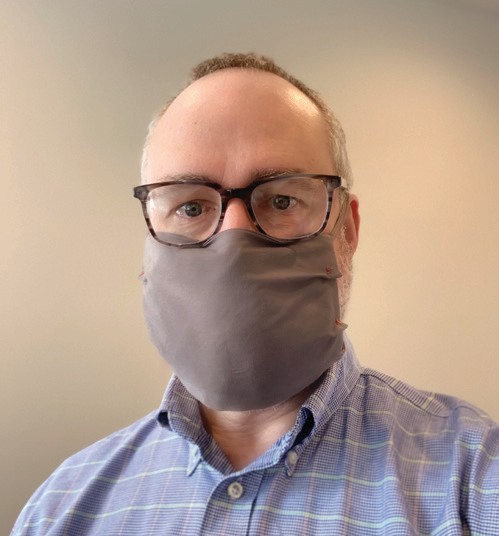 Andrew Cuomo has, really since the beginning of his governorship, operated with absolute certainty that he was right. Remember when the governor and his people wanted us to bring our older license plates to the DMV, so they could be “inspected” to see if they were “legible” and in “good operating condition”? As I wrote at the time in 2019, what’s to operate? It’s a license plate.

The last thing anyone in New York state needs is to be compelled to spend more time at the DMV. The idea was so crazy that he eventually backed off, albeit reluctantly. Most viewed it as a way to bring more money into state coffers. He’s brought the same moral certainty and decisiveness to the pandemic. New York, by God, was going to take steps to defeat the coronavirus and keep as many people alive as possible. It was going to be hard and difficult and involve much sacrifice, he told us, but it could be done and, for that matter, had to be done. Hospital capacity was to be doubled, because it had to be done. Elective surgeries canceled, another had-tobedone step. Nurses and doctors recruited from out of state, because otherwise we would be swamped. His daily briefings became mustwatch events: finally, someone willing to speak truth about what was going on with this terrible scourge. And, on a lot of things, he was right. It was a terribly difficult time. Remember, we had bodies stacked in refrigerated semi-trailers outside some hospitals.

But we also know, now — as some had suspected even earlier — that those initial days were far rockier than we had been led to believe. A story: Some years ago, back when midsize daily newspapers were still successful and thriving, the company that owned the newspaper in Middletown would have training sessions for managers from around the country. This was just across the river in Orange County, where I worked at the time for the Times Herald-Record, and these confabs would usually be at Ottaway Newspapers headquarters in Campbell Hall. It was a great chance to meet other managers from our sister papers, exchange ideas, talk about this or that vexing issue. The sessions included what seemed to us to be exotic perks — coffee and pastries in the morning, coffee and cookies in the afternoon — but were really just part of corporate America. We didn’t see any pastries in Middletown unless it was a holiday party, I’ll tell you that. Anyway, one of the basic tenets we covered at one such session was this: Productivity improves when you measure it.

And it does! In the early to mid-1990s, I was a frontline editor on the city desk, and we decided to count how many stories and news briefs each reporter wrote. And, over the course of two years or so, productivity did, in fact, improve dramatically, by perhaps 75 percent. We hadn’t imposed any sanctions, hadn’t fired anyone or made an example of anyone. We just counted.

That’s it. Counted, and posted the results once a month. Subsequently, I’ve been a believer in metrics, in our newspapers, in government, in business. Of course, you need to choose the right things to count. But the metrics are important. To our current time, the number of people who tested positive for COVID-19, who were hospitalized, who were intubated and who died became the key metrics of the pandemic. A few other measures, too, like the percentage of ICU capacity used. But these were the big ones. The number of new cases, the number of deaths. They became our measures of the pandemic, and of the success or failure of our efforts to defeat it, here in New York and around the nation.

Two weeks ago, Attorney General Letitia James released the results of her comprehensive investigation into nursing home-related deaths in the state from COVID-19, in which she estimated the total was 50 percent higher than the state Health Department acknowledged. The state Health Dept. was the keeper of the metrics, right? Surely their metrics would be correct, authoritative.

Our older citizens — our parents and grandparents, aunts and uncles — were even more vulnerable than we knew last year. In addition, a state policy requiring the admission of COVID-19 patients may have increased the risk of harm to other patients, the attorney general found.

The response to this damning report at the Health Department was quick, as the state released new figures of deaths tied to nursing homes, and put them at 12,743, more than 40 percent higher than the state’s previous figure. Imagine! The state did have the numbers, as many state lawmakers and relatives had been demanding for some time. The new count included those patients who went from a nursing home to a hospital and later died there. Still more new figures now put the nursing home total at 13,235 for deaths related to nursing homes, and another 1,743 for those tied to adult care facilities. Just shy of 15,000 dead, part of the 37,009 killed by COVID-19 as of Friday in NYS.

We also come to learn that this slow-walked response from Cuomo’s office was deliberate. Melissa DeRosa, secretary to the governor — essentially, the highest-ranking non-elected staffer in the state — admitted during a video conference call with state Democratic leaders that the prospect of a federal investigation slowed state action.

In the call, first reported by the New York Post, she said the Trump administration had made nursing home deaths a “giant political football.” She said, as the administration reviewed the request by lawmakers for data, and simultaneously pondered the possible investigation of states by the federal government, “basically, we froze.”

Hmm. Does anyone actually believe that Andrew Cuomo or anyone who works for him was really afraid of what then-President Trump or his Justice Department might have done? Fighting Trump on anything would have been a badge of honor in the Cuomo administration. Plus, it’s not like NYS is short of lawyers and bureaucrats if it had to round some up to beat back the Trump Justice Dept. I’m not buying it.

Everyone understands that last March, April and May were highly unusual times in public health, in conditions we have not seen in decades, perhaps a century. But I think the relatives of the dead, and our state lawmakers on our behalf, are entitled to the decency of answers as to what the state did and didn’t do, how many people died, and whether things should be done differently if there ever is, God forbid it, a next time. Our governor — the governor of action — ought to don his blue windbreaker and lead the way in compiling and then releasing this information. A story, Part II, another management training session: After a spate of workplace shootings some years back, the Human Resources department in Middletown had decided we needed some management training on this. How to respond, what to do, how to avoid adverse and terrible results. So in one of the exercises, I was there with our chief photographer, among other managers. Both of us grew up on a farm. I wouldn’t say we were gun aficionados or anything, but we knew how to operate them. And in the exercise, there was a fellow with a handgun threatening grave harm to employees and himself. And — this is just an exercise, of course — we were able to convince him to put the weapon down and back away and sit down until help arrived. And the exercise demanded, What’s the next step?

The photographer and I both said, nearly in unison, ‘unload the weapon and secure it.’ WRONG. You would have thought we were in a nuclear power plant with the klaxons and the red lights going off. This being a newspaper, it was considered axiomatic that no one, I mean no one, would be able to pick up a firearm and unload it safely. Better to leave it lying there, where anyone, including our depressed shooter, might pick it up again. The authorities would arrive eventually, and they could handle it. But certainly no newspaper employee would know what to do.