A ‘Normal’ Summer at Hand? 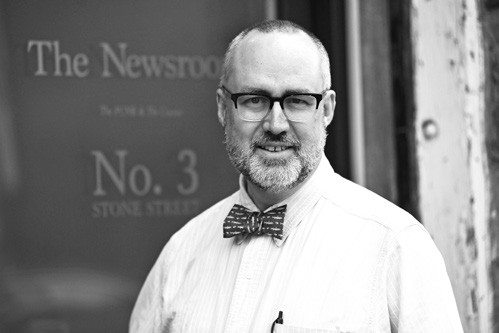 I’m pretty upbeat that a close-to-normal summer is at hand. The CDC has loosened its mask guidelines, at last. Having practiced public relations in three of my past posts, I agree with the commentators who said it was the right decision, poorly communicated. The rule change Thursday said that in most cases, vaccinated people do not need a mask, indoors or outdoors, except in the most crowded of circumstances. George’s Café and Doug’s Pretty Good Pub, here we come.

Airplanes and medical facilities are among the exceptions. While we once had a governor who freely opined on all things COVID at almost any hour, so far, there is no change in NY state’s guidance on masks. Meanwhile, our long-suffering businesses, having been the front-line enforcer for too long, eagerly wait for the new rules. Let’s hope the governor and his staff move with dispatch and that the new state guidance reflects common sense. Our businesses are ready, there’s pent-up demand, even the weather is pretty good, save for those thunderstorms on Sunday. Could we hope for near-normal high-school graduations?

And yet, there is this: COVID-19 is still a very serious disease. Since the pandemic began, 585,000 people have died in our nation. That is a terrible toll, a wartime-like toll. Some 33 million cases of COVID-19 have been identified, and while the preponderance of those recovered successfully, some still – months later – have debilitating symptoms. And in New York State since the pandemic’s start, 52,377 people have died. That is a terrible number of people, in a state that needs every single person. Put another way, we were 89 people short in the Census to avoid losing a Congressional seat. Just 89.

If you are not vaccinated, please, I’m begging you, get vaccinated. My partner and I both did so safely. One reason vaccines – like those our children get – work is simply that almost everyone has them. If 30 or 40 percent of the population opts out, the horrible death count from this scourge will keep rising. Darwin and evolution at work? Some

** ironies are delicious enough to eat, yes? Here’s one for you: Garrison and Philipstown are particularly climate and energy-conscious. The town has a Climate Smart coordinator. Electric cars are not uncommon in Philipstown; in fact, they are becoming more common all the time. The town’s electricians regularly install car charging stations in new homes, garages, and renovations.

So when Desmond-Fish Library proposed what it described as a ribbon-like installation of solar panels on the library grounds, it might have been expected to sail through the town Planning Board, yes? Not so fast.

Critics argued the panels would be unsightly. They would detract from the meadow, and the officially designated Scenic Byway Corridor along Route 9D. They were likely to tip over or become out of alignment in soft soil. Selling electricity would conflict with the library’s nonprofit status. Of course, these critics quickly noted, they absolutely, fully, and totally supported renewable energy. Just not, it seems, right in their neighborhood.

To quote Miles’ Law, “Where you stand depends on where you sit.” The phrase goes back to Rufus E. Miles, Jr., who was an assistant secretary under Presidents Dwight D. Eisenhower, John F. Kennedy and Lyndon B. Johnson. He died in 1996. As the leadershipnow.com blog put it in 2008, “He developed from ‘memorable encounters with reality,’ Miles’ Law and Six Other Maxims of Management. The law states: Where you stand depends on where you sit. He codified that which we should know intuitively. We see things and form judgments of things from our own perspective. We need to discipline ourselves to see things from other’s vantage point.”

For students of management and leadership, the six maxims are pretty good, too. Here’s a link: https:// www.leadershipnow.com/ leadingblog/2008/02/miles_ law_and_six_other_maxims. html.

Douglas Cunningham is editor of the Putnam County Courier and the Putnam County News and Recorder, in Cold Spring. Reach him at 845- 265-2468 (usually in the office at least part of Saturday and Sunday) or by email at editor@pcnr.com.