Disconnects in Our Time 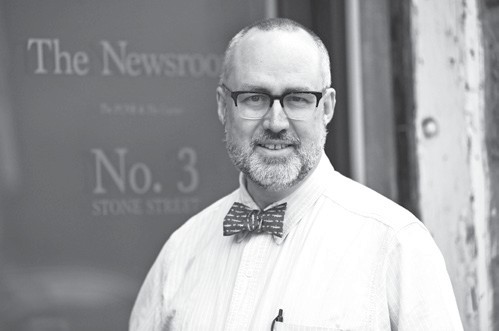 I am thinking today about disconnects. Trying to square the circle on some things flying around in the ether. It could be a futile effort – that’s the point of the metaphor, after all – but maybe not. Maybe you folks have some thoughts, or solutions, or data I’ve missed.

Item: Gov. Kathy Hochul in her State of the State address made much of a greener future. She said: “We know that the key to long-term sustainability – for our wallets and our planet – is weaning ourselves from fossil fuels. To set us on that path, I’m proposing a plan to end the sale of any new fossilfuel-powered heating equipment by 2030. And I’m calling for all new construction to be zero-emission, starting in 2025 for small buildings and 2028 for large buildings. We are taking these actions because climate change remains the greatest threat to our planet, and to our children and grandchildren.”

That’s just seven years from now, when she proposes that new furnaces that burn natural gas, propane or heating oil would be prohibited. I don’t disagree with the premise entirely, but surely a modern, highly efficient propane or heating oil furnace is better than one 30 or 40 years old, right? The economic issues, especially for a family of modest means, are going to be substantial, even if the state provides incentives.

Anyway, if everything is going to be electric – if we’re going to mandate that – do we have enough electricity? Hochul last year announced two big transmission projects to bring renewable and hydropower to NYC, the Champlain Hudson Power Express project and Clean Path NY. Combined, it’s 2550 megawatts. Will these two lines be enough?

I grasp the issues that surrounded Indian Point, and why so many wanted it closed. But I am not sure, today, that the decision to shut it down looks as wise as it did a few years ago, and it may not have been the best decision even then.

Query: How many car charging stations are near where you live? Or at your work place? Item: Hochul also proposed dramatic increases in the construction of new housing, 800,000 new housing units in the next decade, double the pace of the last decade. It’s part of what she called the New York Housing Compact, an umbrella effort to build more housing, more affordable housing, more green housing and more transit-oriented development. She mentioned Putnam in particular in this section as she analyzed why we have so little new construction:

“But front and center are the local land use policies that are the most restrictive in the nation. Through zoning, local communities hold enormous power to block growth. Between full-on bans of multifamily homes, and onerous zoning and approvals processes, they make it difficult – even impossible – to build new homes. Think about that. People want to live here, but local decisions to limit growth mean they cannot. Local governments can and should make different choices. I spent 14 years in local government, and our community had a citizendriven Master Plan that allowed for targeted housing and economic growth, while preserving green space. I know this can be done.

“But it hasn’t been. Between 2010 and 2018, Nassau, Suffolk, Westchester, and Putnam Counties, each granted fewer building permits per capita than virtually all suburban counties across: Massachusetts, Connecticut, Southern California, New Jersey, Pennsylvania, and Northern Virginia.”

State Sen. Pete Harckham, a Democrat, had earlier unsuccessfully proposed “accessory dwelling units”, small homes or attached apartments, as a way to rapidly expand housing, especially affordable housing. The senator said he’s reworking the bill and plans to introduce it again. Many town officials are vehemently opposed, saying it’s a big overreach, would violate home rule and has the potential to change the character of a community.

To think on: How many of you have kids who can actually afford to live here? It takes a good income, and likely two good incomes, to live comfortably in Putnam.

Prediction: The state Assembly and Senate are far more progressive than they once had been. Far more. If Hochul backs a similar effort, or folds one into her housing plans, Harckham’s idea could be on the fast track. Item:

And there is this, on transit-oriented development. And we actually have one such proposal well in the works, in downtown Brewster. Hochul said, “The Housing Compact is also laser-focused on transitoriented development. We all know that the MTA is the lifeblood of the New York City metro region, and we will continue to invest in and ensure its long-term fiscal health. Our investments in our world-class commuter rail lines have connected more people to jobs, and created more thriving downtowns. That’s why it makes sense to build new housing in those same areas. That’s what happens in cities across the globe. So as part of the Compact, any municipality with a train station will rezone the area within a half-mile of the station, to allow for the creation of new housing … within the next three years.”

I wonder, what does this mean for Garrison, Cold Spring, Brewster, Southeast and Patterson? They are all stations with stops on the Hudson or Harlem lines. It’s very clear that Hochul doesn’t get everything she wants – witness the grave difficulty faced by Judge Hector LaSalle, her pick to lead the Court of Appeals, the state’s highest court. A Senate committee rejected him for the post last week. It’s unclear whether the full Senate will vote on him, as Hochul seeks.

But back to our train stations. Does this mean more development? In every community? And how do you compel it to make monetary sense? Because without that, it won’t happen at all, anyway.

To think on: Some communities are eager for this, witness Brewster. And some, I think, would bring out pitchforks, like Garrison and Cold Spring.

I’m Doug Cunningham, and I’m editor of the Putnam County Courier and the Putnam County News and Recorder, in Cold Spring. Reach me at editor@pcnr.com, or at 845- 265-2468. I’m in the office most Wednesdays and Thursdays, but reachable at almost any time via the office phone. By snail mail, our address is PO Box 185, Cold Spring, NY 10516. This column, any letters and the editorial cartoons are all opinions. They are protected speech. They are not intended to be objective, and we don’t present them as such. Our no-contact newsstand is out virtually every Wednesday in Cold Spring on Stone Street, barring inclement weather. If you are a subscriber and want an early copy of either paper that day, feel free to grab one at no charge in front of our office (we have enough; we won’t run out).