Get Me the County Clerk, Pronto! – Cunningham’s CornerFree Access

Get Me the County Clerk, Pronto!

The phone rang Monday at Grand Central headquarters and it was Kevin Byrne. He wanted the County Clerk’s office.

He was joshing, a riff on my column last week. It took me a beat.

I did not realize, though perhaps I should have sooner, how sly his sense of humor can be. Byrne just finished his first session as an Assemblyman in the state Legislature.

Then we turned to more serious topics, including Indian Point. Byrne, a Republican, supports Westchester Executive Rob Astorino’s call for the state to abide by its OWN environmental rules, the State Environmental Quality Review Act, as to the planned closure of Indian Point, the nuclear power operation. The state, in a move greatly trumpeted by Gov. Andrew Cuomo at the beginning of the year, and Indian Point’s owner, Entergy, agreed that Indian Point’s Unit 2 would shut down by April 2010, and the Unit 3 plant a year later. 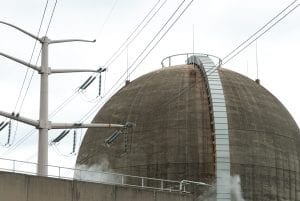 Astorino and Byrne would seem to be correct that closing a place like Indian Point is going to have huge environmental impacts, nearly as many as keeping the place running. But no SE QRA is being filled out, no form that virtually all private projects, including far smaller ones, must dispatch.

The Assemblyman and I also discussed a second critical point: Have Cuomo and the state identified and secured, with clear written agreements, replacement power for the 2,000 megawatts that Indian Point pumps out? That’s something like 25 percent of ALL the power consumed in New York City and Westchester County. I do not believe, nor does Byrne, who is tracking this matter in Albany, that replacement sources have been identified. Conservation will not get us there. The “market” will not get us there. The permitting for a new power plant can take a decade or more, even one mired in corruption, like that in Orange County outside Middletown. It is to operate on natural gas from Pennsylvania, and the protests are still continuing. It will barely be online in time for Indian Point’s closure. Unless the protesters are successful in their rear-guard efforts, and then a billion-dollar project, whose workers are welding even now around the clock, will sit idle.

Know this, my friends: If this replacement power is not in hand, there is only other place that power will come from: Sources normally allocated to upstate. Because it is axiomatic that no cutbacks will be imposed on New York City. Astorino and Byrne are both politicians. That doesn’t mean they’re wrong.

Douglas Cunningham is editor and publisher. Reach him at editor@pcnr.com. Letters to the editor are welcome; please limit to 500 words or less and email by 9 am Monday.