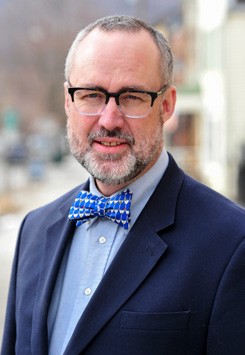 I know the traditional thinking among reporters is that we’re dispassionate, completely unaffected by the things we cover.

A story: Early in my time in New York, I covered an event at a bungalow colony in Sullivan County. Almost all of these colonies catered to Jewish guests, many of whom came back year after year.

The origins went back decades, to the time before air conditioning became common in New York City. Mom and the kids stayed in the Catskills during the week (far cooler than the walk-ups of NYC), and Dad joined them on weekends, rushing up Route 17 to arrive before sundown Friday. The bungalow colonies were usually just a collection of three-season cabins at best, rough shacks at worst. And I discovered that this particular bungalow colony was entirely populated by survivors of World War II. Jewish survivors of one of the concentration camps in World War II, to be precise. Virtually every single person in the colony, other than me.

They enthusiastically welcomed me, in that way New Yorkers of nearly every stripe do, once they established my bona fides. They showed me their summer homes, proudly, the things they’d added or installed. Told me about careers, and business success, and sometimes how other family members didn’t make it. It was an affecting experience, one that stuck, even as a 20-something reporter. Today, when Holocaust deniers and Confederate sympathizers and white nationalists have come to the fore of the national discussion, it’s even more so.

I wrote last week about the horrible mess in Charlottesville associated with the rally of white nationalists, in which one counterprotester died after being struck by a car. President Trump last Tuesday, after we went to press, doubled down on his initial explanation that “many sides” had been responsible for the violence that ensued.

Reporter Question: “Should that statue be taken down?”

Trump: “Excuse me. If you take a look at some of the groups, and you see – and you’d know it if you were honest reporters, which in many cases you’re not – but many of those people were there to protest the taking down of the statue of Robert E. Lee. So this week it’s Robert E. Lee. I noticed that Stonewall Jackson is coming down. I wonder, is it George Washington next week? And is it Thomas Jefferson the week after? You know, you really do have to ask yourself, where does it stop?”

Friends, I know that there are nuances. I know that some people are legitimately interested in history, the tactics Lee used, in playing a Civil War reenactor, and so on. I get all that. But these are no longer nuances. And if this is about history, it should be about all of our history. Washington was a founder of our nation. Lee fought to vanquish it.

The really big question, more than a century and a half after the end of the Civil War – for us, not Trump – is this: Are we ready to move on? Until next week.

Douglas Cunningham is editor and publisher. Reach him at editor@pcnr.com. Letters to the editor are welcome; please limit to 500 words or less and email by 9 am Monday. To reach us by phone, call 265-2468.