A Christmas Present in Carmel 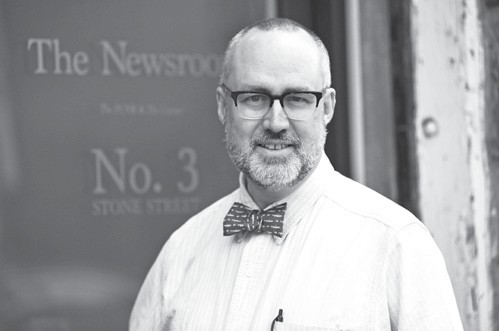 It is, I realize, easy to be boosterish about hometown endeavors, particularly those involving the schools. Our students are brighter, our musicians are more accomplished, are athletic teams are better.

Carmel and Kent and Patterson were nearly giddy last week at the prospect of the Carmel Rams playing in the state championship title game in Syracuse. As Tracey Walsh, Putnam County’s tourism director, put it: “My alma mater is playing at my alma mater!”

The mood was even more clear Friday morning (Dec. 3) as 1,450 students, parents and some 200 others gathered at 8 am at the High School off Fair Street and along the roads leading to the interstate for the team’s sendoff. Students held up individual letters for the message, We Believe! More than two dozen police cars, ambulances and fire trucks circled the parking lot – three times – before escorting the team bus toward Route 52, Route 311 and finally onto Interstate 84. The crowd cheered. Sirens and air horns punctuated the air. Highway trucks and their crews waited on the side of the road; they’d put up portable signs on the shoulder of Route 311: CARMEL PROUD, and LETS GO RAMS. Parents held up team and player banners. More sirens whooped. The West Point Tours coach carrying the players headed to the on ramp, moving at a good clip. 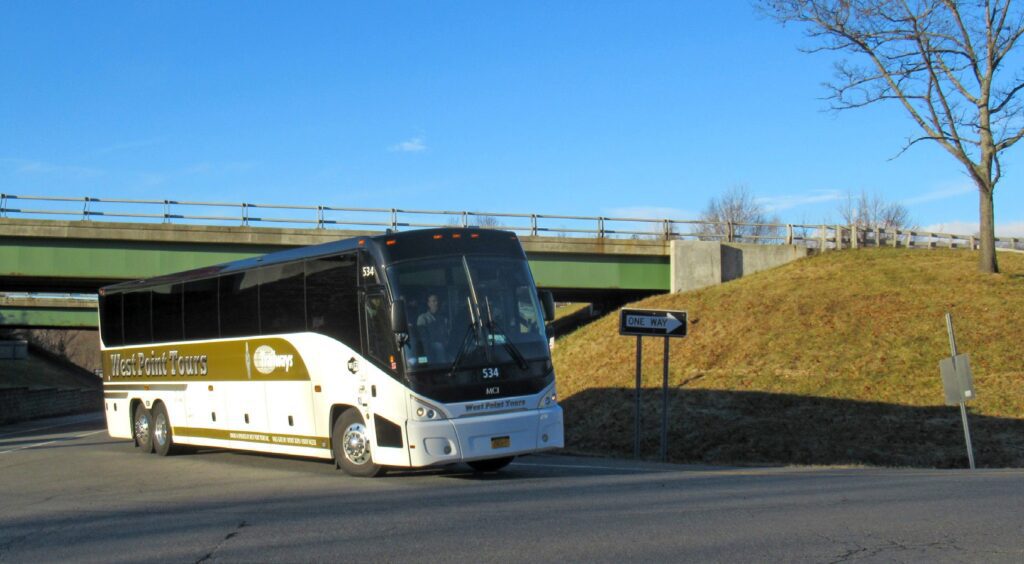 The West Point Tours coach carrying the Carmel Football team, enroute to Interstate 84 and bound for Syracuse. The team was victorious, returning with a state title. Photo by Eric Gross

And why not? Destiny waited in Syracuse.

But I rather think the pathway to this started quite a bit earlier. As the players walked through the students and headed to their bus, duffle bags in hand, most of them wore simple white T-shirts with Carmel Football on the front. And on the back were these words in blue, the team’s mantra, if you will: Trustworthy. Accountability. Legacy. All-in. This team was disciplined. Confident, in their skills and one another, and their coach’s program. This is a team whose players train year-round, lifting weights two to three times a week.

It was a confidence that stretches over the years, as so many things do in a small town like Carmel. As Coach Todd Cayea said after the Section 1 championship win, “So many players from past years have called, have visited, have sent us messages of encouragement. We have a strong alumni base. And I told our guys: ‘Play for the guys before you that didn’t win’.”

By the end of Saturday afternoon, as evening came on, the Carmel Rams had taken apart Buffalo-Bennett. The final score was 42-12. The team returned to a conqueror’s welcome just after 11 pm Saturday at the High School, just 39 hours after departing, but now with a state title in hand. In this fraught, COVID affected time, this team has given us a gift of joy. And Carmel plans to savor it. ~ Bob

U.S. senator from Kansas, died on Sunday. He was 98. I met him in the early 1980s while at the University of Kansas, writing a story about some aspect of the economy from an event he attended. He shook hands with his left hand. He carried a pen in his right hand, fixed solidly, what I came to realize later was a clue. He’d been grievously wounded during World War II.

Bob Dole grew up in Russell, Kansas, in the teeth of the Great Depression. In the Senate, he was a force in bringing about the Americans with Disabilities Act, in 1990. And he was a veteran; I have written before that I do not think we are well served by having so many political leaders without any military experience or appreciation for it.

The story I wrote was forgettable, aside from the opportunity to meet Dole. My professor’s markup scrawled “spaghetti” across it, a reference to not being tough enough. Ah well.

This column is my opinion. The letters are opinions. The editorial cartoons are opinions. If you have deep thoughts you want to share, send a letter to the editor in. 500 words or less.