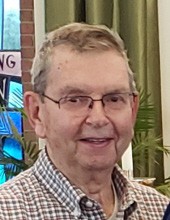 Ned, as he was known to his family and friends in the greater Brewster area, was born on February 23, 1936, in Brewster, NY to Herbert Edwin and Marjorie Hall (Wilkinson) Hazzard. He was a 1952 graduate of Brewster High School and a graduate of Michigan State University with a degree in Electrical Engineering.

Ed, as he was known to his many friends, was a devoted husband and father. He was an Electrical Engineer with IBM for many years until his retirement. During those years with IBM, Ed had first lived in Wappingers Falls, NY followed by many years in Longmont, CO then finally Rochester, MN before his retirement. He was dedicated to his family, his church and was a generous man, always willing to help anyone in need. He enjoyed golf, football and he loved his Italian food!

Family had received friends on Saturday, November 2, 2019 from 11 AM to 1 PM at St. Timothy’s Anglican Catholic Church, 1900 Old Parsonage Road, Charleston, SC. The visitation was followed by a memorial service at 1:00 PM and inurnment at St. Timothy’s Columbarium.

In lieu of flowers, memorial contributions may be made to St. Timothy’s Anglican Catholic Church, The American Heart Association or a charity of your choosing.

Expressions of sympathy may be viewed or submitted online at www.mcalister-smith.com (McAlister-Smith Funeral Home of Charleston, SC).