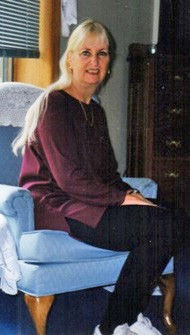 Gladys M. Mistretta, a long-time resident of Mahopac, NY, passed away peacefully on April 28, 2020, at the age of 78. She was born in Brooklyn, NY on January 11, 1942, the daughter of John and Olga (Stiegelmayer) Richard, and sister to John and Robert Richard.

Gladys enjoyed her work in hospitality and served thousands of customers. She enjoyed dancing, cooking, gardening, helping and caring for animals, spending time near the ocean and bay and times spent with her family.

Gladys is survived by her daughters Gigi Zimmermann and Elizabeth Honigsberg, her son Richard Mistretta, brother Robert Richard and his wife Gloria and sister-in-law Rosemarie, also her son-in-law Rolf Zimmerman, daughter-in-law Joan Mistretta, eight grandchildren: Derek, Dylan, Mark, Thomas, Talia, Brianna, Gaetano and Joseph, and many nieces and nephews. She was predeceased by her parents and her brother John Richard.

All services will be held privately. In lieu of flowers memorial donations may be made to St. Jude Children’s Research Hospital, www.stjude.org.