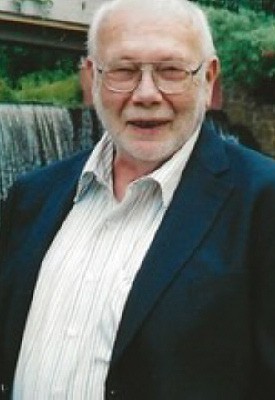 Memorial Gathering Is Set for Saturday

Howard Donohue, 82, of Putnam Lake, NY, passed away on March 14, 2020, after battling Alzheimer’s Disease. He is survived by his daughter, Jennie; son, Jim, and daughter-in-law, Terri; as well as his loving partner of 32 years, Ginny Stone.

Howard was born in Yonkers, NY, on March 1, 1938. He is predeceased by his father, William; mother, Helen; brother, Norman; and sister, Maxine. Howard served in the Army and was based in Korea from 1961 – 1963 before meeting his wife, Jane. Although they divorced 14 years later, they remained good friends and successful co-parents; something which baffled most people. Howard also attended Westchester Community College. Howard was a 35-year veteran of the U.S. Postal Service, first in Yonkers and then in Carmel, NY. He was the quintessential, old-school letter carrier who cared about his customers, both human and canine alike, and often could be found chatting with neighbors or digging in his pocket for dog biscuits.

Known as “Howie” to his friends, he was a hard worker and civic-minded, serving as a part-time constable, and later, as a court officer, for the Town of Patterson. In addition, he was a 30-year member of the Brewster Elks Lodge #2101. As his family knew all too well, he was always right, an expert at everything and will certainly be bossing everyone around in the afterlife. If he could, he’d be arguing about this obituary, too, although he’d appreciate the good-natured teasing. Arrangements were handled by Dwyer Funeral Home at 23 South Street in Patterson. In lieu of flowers, donations can be made to the Alzheimer’s Association or The Wounded Warrior Project.

A memorial gathering is set for this Saturday June 12, 2021, at the Brewster Elks Pavilion. It will run from 12 noon – 4 pm and there will be a buffet for guests.