Jack Tesler Passes Away at 81

Was known for greeting at Chowder Festival. 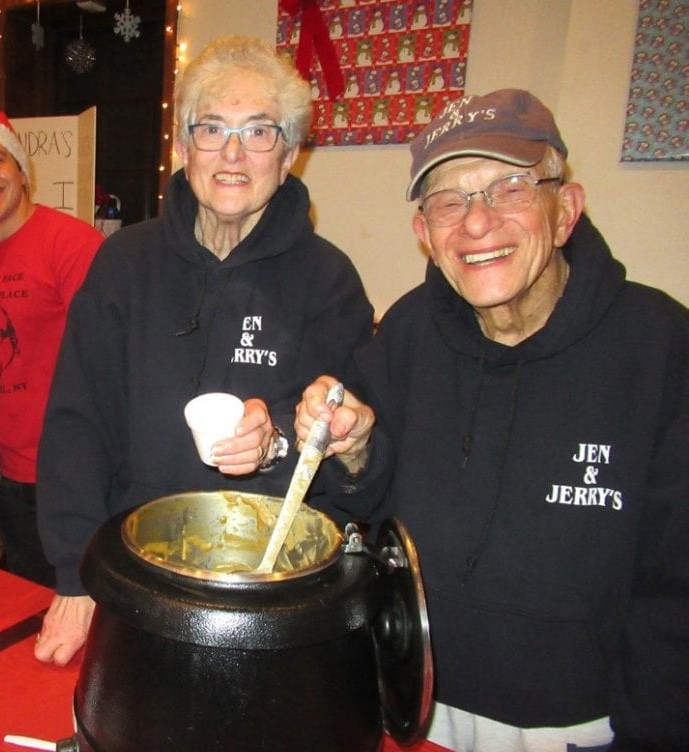 Above, Jack Tesler enjoyed greeting guests at the annual Chowder Festival in Carmel each December. Photo by Eric Gross.

Jack Tesler a well-rounded man with many interests and the unofficial Chowder Festival greeter, passed away on June 12. He was 81-years-old.

Born in Brooklyn, Tesler attended Columbia University where he studied pharmacy before continuing his education and earning a Master’s Degree in Education.

In 1965, Tesler and his wife, Frances Lee, relocated to Putnam County where he and his close friend Lionel Schwartz opened Pressman’s Pharmacy, a neighborhood drug store where information and amiable advice were dispensed along with prescriptions.

In later years, Tesler worked part-time at his son’s delicatessen in Carmel, Jen and Jerry’s Deli, He was quick with a smile and a friendly hello, even on the busiest of days. Tesler was known for his congenial manner, evident each December at the popular Chowder Fest held in conjunction with Carmel’s Holiday on the Lake.

In his spare time, Tesler was a hobbyist with collections that included stained glass, coins, stamps, minerals, scrimshaw, and antique clocks. Travel, cooking and the Yankees were also pastimes he enjoyed.

Tesler is survived by his wife of almost 60 years — they were married on December 31, 1961 — and three sons Bruce, Leonard, and Jerry along with nine grandchildren.