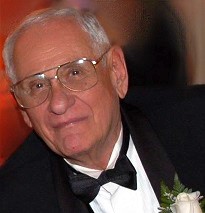 Joseph F. Tamagna of Brewster, formerly of Boca Ratan, FL, and Cortlandt Manor, NY, entered into rest on Monday, October 28, 2019. Son of the late Vincent and Sarah (Restuccia) Tamagna, he was born on June 9, 1938, in Bronx, NY.

Joseph was a retired Director of Display for Alexander’s Department Store in New York, NY. He was also a parishioner of St. Columbanus Church in Cortlandt Manor, NY, and St. Nicholas of Tolentine in the Bronx. As a decorator, Joseph was known for his flair of making life stunning. To meet him was to love him; because to him, everyone was exceptional and the world was a beautiful place. He was an honest, loving, and dedicated family man who had a way to make life extraordinary.