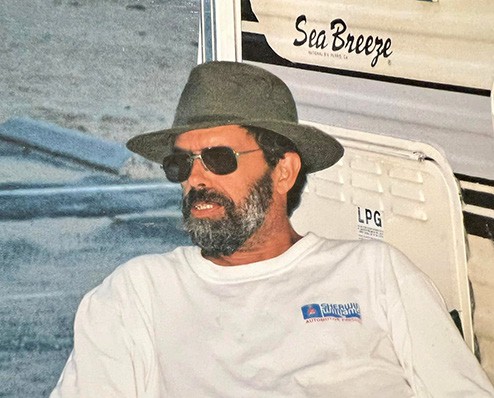 Lawrence John Branca, of Lake Alfred FL, passed away Saturday, December 11 after a long illness. He was 68.

After graduation Larry attended the GM Automotive Training Center in central Massachusetts in 1971, where he trained in auto-body repair. He volunteered for the Air Force and served from 1972- 74. He was stationed primarily at Plattsburgh Air Force Base. He returned to the automotive industry for the next 40 years and ran his own business as a licensed accident appraiser. After earning a two-year Associates in Science degree, he taught auto appraisal at Blackstone Valley Technical High School, taking pride in having the highest pass rates for students who went on to take the licensing exam.

Larry lived in Worcester, MA and the Blackstone Valley region for 38 years after leaving the Air Force. He was an avid fisherman and was a past president and lifetime member of the Century Sportsman’s Club in Auburn, MA. Larry also enjoyed photography and cooking, and was known for helping others, often providing emotional support to troubled friends or neighbors.

Larry moved back to Peekskill in 2013, and lived in Brewster, N.Y. and Wingdale, N.Y. with his friend and life partner, Joanne “Jo” Deloreano. Larry and Jo moved to Lake Alfred, FL in 2018.

Santos; Thomas Edward; Matthew Branca and his wife Jennifer Branca; and Roberta Branca and her husband Brendan Cahoon. He also leaves behind nine nieces and nephews, and three great nieces and nephews; two aunts; and a great number of first and second cousins, all of whom he held in great affection.

There will be a video-conferenced memorial service later this winter, and spring interment at the Massachusetts Military Cemetery in Barnstable County, MA with details to be announced. For more information please contact Roberta Branca by writing to: larrybrancamemories@gmail.com to receive further information via email.