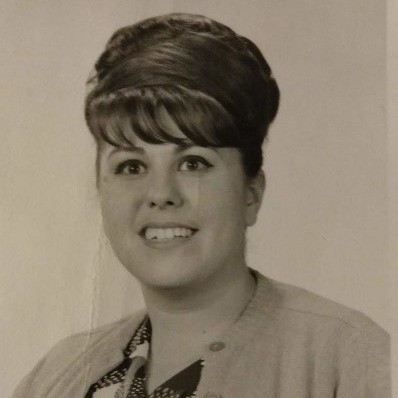 A longtime Mahopac and Carmel resident, Marie Vandenberg died Nov. 6 at Vassar Brothers Medical Center in Poughkeepsie after a long illness. She was 85.

Marie Antoinette Pereles was born in 1935 in Manhattan to John and Esther Pereles. She grew up in Belleville, N.J. with her younger siblings, John and Esther, in a house where big family gatherings at the Sunday dinner table were common.

She attended Newark Arts High School in Newark, N.J. where she was a member of the Pottery Club, the Library Guild and the National Honor Society. She also was an “A” Pin holder, which was awarded to students by their peers for working “diligently in many extra-curricular activities.”

After graduating in 1953, Marie went on work at an insurance agency in Newark and in her free time would go with friends to local dance halls. It was at one of these venues that she met Jacobus “Jack” Vandenberg. As the two tripped the light fantastic to their favorite big band artists of the time, they fell in love. In 1966 Marie and Jack got married in St. Mary’s Church in Belleville. They were so enamored with each other, to celebrate they had two wedding songs: “Moon River” and “More.” For their honeymoon, they traveled to Mexico City, enjoying the culture and architecture.

Jack was working as a plasterer and bought two properties in Mahopac, N.Y. There he built houses and one of them, located with a sweeping view of Lake Mahopac, became their home. The couple went on to have two sons, Erik in 1969 and Jacob John in 1974.

Marie worked as a keypunch operator, first for IBM in Manhattan and then for insurance broker Frank B. Hall in Briarcliff Manor.

At home, Marie watched “Jeopardy” and “Wheel of Fortune” religiously. As the sun set, she and Jack would sit on the balcony overlooking the lake and drink rum and cokes with friends.

In addition to Jacob John, Marie Vandenberg is survived by her son Erik, daughter-inlaw Lisa and grandson Alexander. She was predeceased by her brother, sister and husband. She will be interred at Ballard Barrett Cemetery in Mahopac Falls.

As an expression of sympathy, memorial contributions may be sent to: Arts Ed NJ (artsednj.app.neoncrm.com/np/clients/artsednj/donation.jsp); National Museum of Women in the Arts (https:// nmwa.org/support/ways-togive/); or Central Park Conservancy (www.centralparknyc.org/giving/ flower-donations).