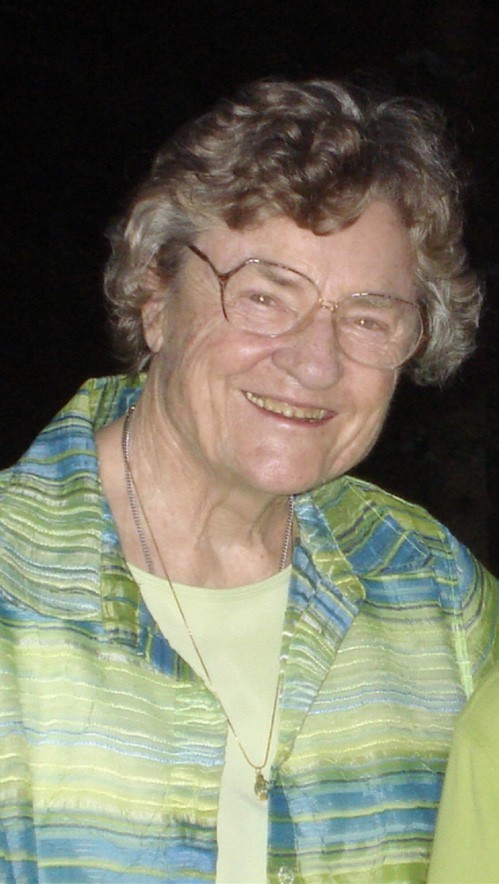 Mom was born in 1932 to Philomena and Edward McMahon and was raised in the Bronx. She married Dad in 1952. They moved to Brewster, NY, in 1961, where they raised their eight children. Mom was deeply devoted to her Catholic faith and shared her devotion through her involvement as a eucharistic minister and visitor of homebound and hospitalized members of her faith community. At St. Lawrence O’Toole, she was a president of the Mothers’ Guild, member of the Catholic Daughters, lunch mom, gym mom, scout leader, and many other volunteer roles. In 1981 Mom and Dad moved to Arlington, TX, where she made many friends and continued in her devotion to her Catholic faith. Mom and Dad settled in Connecticut upon his retirement in 1993. She was an active member of the Old Saybrook Women’s Club and St. John’s Church.

Whether making room at the dinner table or offering her home as a place to stay, Mom was an open heart. She was like a mother to many of her children’s friends and “Aunt Pat” to many nieces and nephews by choice. Mom loved to play! She found great joy competing with others on the tennis court, the playground, the billiards table, and the card table. But Mom loved nothing more than her family. She delighted in time spent with them at the ocean and devoted untold hours to celebrating her children’s and grandchildren’s accomplishments and milestones, big and small. Dad referred to Mom as “the Flying Nun,” because whenever a new grandchild was to be born, Mom jumped on a plane and was there to care for the new baby and parents.

Patricia was predeceased by her husband, John; her brothers John and Bill Mc- Mahon; her cousin Carol Dugan; her son-in-law Jerry Spiegel; her best friends John and Joan Gallagher and John and Gertrude Webster; and many other wonderful family and friends. She is survived by her children, John Lord (Kathy), Patricia Murphy (Kevin), Kathleen Lord, Michael

The family recognizes the challenges that the COVID crisis has created. At this time, private services will be held for the immediate family only. We look forward to celebrating Mom’s life with extended family and friends when it is safe to do so. We welcome your remembrances on the online site provided by the Beecher Funeral Home. Memorial contributions may be made to St. Jude’s Children’s Hospital (stjude.org) or the Cure Alzheimer’s Fund (curealz.org).