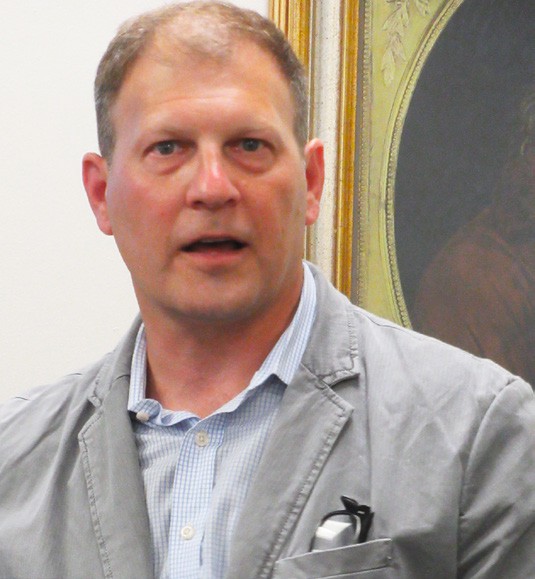 The Garrison resident appeared before the Legislature’s Physical Services Committee and for more than an hour discussed a myriad of issues and concerns related to safety, price, overall sustainability, service and related capital needs and needed improvements for Putnam’s stations on both the Hudson and Harlem Division.

Zuckerman was appointed by Governor Andrew Cuomo to be the Putnam representative at the recommendation of County Executive MaryEllen Odell three years ago. Prior to that assignment he served for six years on the Metro-North Commuter Council.

Zuckerman began his talk by making reference to the December 2013 over-speeding crash of a Hudson Line train near Spuyten Duyvil in the Bronx that claimed the life of James Lovell of Philipstown, the late husband of Nancy Montgomery, now a county legislator.

Since that time, Zuckerman has been fighting for the implementation of Positive Train Control which now has a final federal deadline of Dec. 31, 2020. Zuckerman promised that he “will not rest until PTC is implemented across Metro-North and the Long Island Railroad because safety is my number one priority on the board.”

While Putnam riders pay some of the highest fares throughout the MTA region and, according to Zuckerman, “should be considered the ‘best customers,’’ Putnam residents who ride the rails get some of what the representative described as the “weakest service. Our stations are old and shabby. Train service is infrequent. Limited options exist for destinations into New York City. We are getting shortchanged and those who pay the most should not get the least.”

First on the list was station upgrades since Zuckerman charged three of the county’s five stations are in need of work or assessment.

The Southeast station in “poor shape with difficulty in accessing the tracks since one must walk up to a half mile from the edge of the parking lot to arrive at the overpass.”

The Putnam representative also charged that the Brewster Station was “unsafe because it fails to separate car, pedestrian and train traffic with its grade crossing on Main Street.”

The Garrison station consists of crumbling steps, a leaky roof and cracked concrete. Zuckerman told Legislators Carl Albano, Joseph Castellano, Neal Sullivan, Toni Addonizio, Paul Jonke, Amy Sayegh and Nancy Montgomery, who were all in attendance along with a handful of residents: “I shared a slide show at the last Metro-North committee meeting identifying these defects and even brought a piece of rebar that was broken off from the exposed concrete and left on the side of the station.”

The Cold Spring station also came under scrutiny. Zuckerman charged the “underpass at the station contains serious water infiltration issues that must be structurally addressed.”

He called on the MTA to electrify the Hudson Line due to its surge in popularity between Croton-Harmon and Poughkeepsie: “Such remediation will provide a redundant capability given the unreliability of the locomotive fleet.”

Zuckerman also called on the MTA to explore access to Penn Station: “Riders already on the Hudson River are not being given the option to go down the West Side of Manhattan. If Long Islanders can access Grand Central after an $11 billion investment in East Side access, a small investment through existing tracks should be worthy of exploration for Metro-North’s riders.”

Zuckerman described Putnam’s railroad commuters as a “small group in total number yet we reflect a group of ‘super users’ of MTA services. We are also the MTA’s best customers paying upwards of $7500 a year for our commutation tickets, parking and MetroCards within New York City. Those who pay the most should not get the least.”

Legislators Jonke, Castellano, Sullivan and Montgomery all thanked Zuckerman for spending time with the lawmakers.

Montgomery noted: “No one has been more critical of the MTA than me but you have changed my perspective of the railroad. What can we do to support your efforts?”

Zuckerman suggested sending a letter to the MTA Board and its chairman outlining the county’s concerns.

Zuckerman promised to return in six months and provide the legislature with an update.