John F. Felton, of Montrose, NY, formerly of Somers, NY, died peacefully on January 18, 2020, at the NYS Veterans Home at Montrose. He was 88 years old. Born on April 17, 1931, in New York City, NY, son of the late Harold and Catherine (O’Brien) Felton. He graduated from Harem High School in Bronx, NY, went to Bowling Green […]

Walter T. McSpedon; Wally to his family and his many, many friends; went home to be with the Lord on Friday, January 3, 2020. He was 67 years old. Born on October 5, 1952, in Yonkers, NY, son of the late George D. and Mary (Fennessy) McSpedon. Walter graduated from Carmel High School in 1972. Walter was a very talented […]

Michael John Keegan, of Brewster, NY, died peacefully at Sligo University Hospital in Sligo, Ireland with his family by his side on December 22, 2019. He was 63 years old. Born on July 18, 1956, in Greghnafarna, Dromahair, Co. Leitrim, Ireland. He moved to the United States in 1987. He is survived by his wife of 30 years Geraldine, his […]

John E. Conklin, Sr. was born in Peekskill, NY on July 9, 1941, to Agnes Travis and George R. Conklin. His mother, a homemaker, and father, a mechanic with Standard Brands, raised him to work hard and live honestly. John grew up in Peekskill, NY attending public school where he excelled at football. Mutual friends introduced John to Alice Diack […]

Thomas F. O’Loughlin, 77, passed away on Wednesday, January 1, 2020, at Calvary Hospital in Bronx, NY. Tom was the youngest of seven children of Mary (Byrnes) and Thomas O’Loughlin, who emigrated from Fanore, County Clare, Ireland. He was a lifelong resident of New Rochelle and a graduate of New Rochelle High School. Tom was a proud veteran of the […] 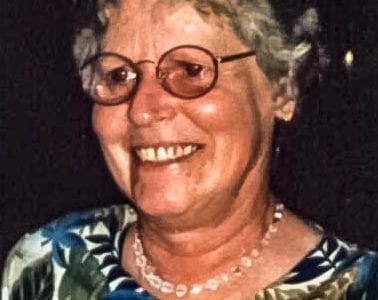 Regina Trippodo Spruck is being remembered this week as a mother figure to her family and friends while making everyone she came into contact with feel welcome. Trippodo Spruck died on Christmas morning at the age of 78. The long-time resident of Lake Carmel before recently relocating to the Village of Montgomery in Orange County was described by her daughter […]

Dianne M. Vishinski of Patterson, NY, died on January 2, 2020, at Memorial Sloan Kettering Hospital after a valiant battle. She was 70 years old. Born on February 12, 1949, in Greenwich, CT, daughter of the late Richard and Anne (Brosko) Green. Dianne graduated from Greenwich High School. On September 2, 1967, she married the love of her life Stanley […]

Paul Morris Adler, 90, passed away December 7, 2019 in Chattanooga, TN after a short illness. Paul was born on July 7, 1929, in New York City to Beatrice and B. George Adler. He was preceded in death by his parents, his brother, Jack Adler, and his youngest son Jonathan. Paul was a USAF veteran, a mechanical engineer by education […]